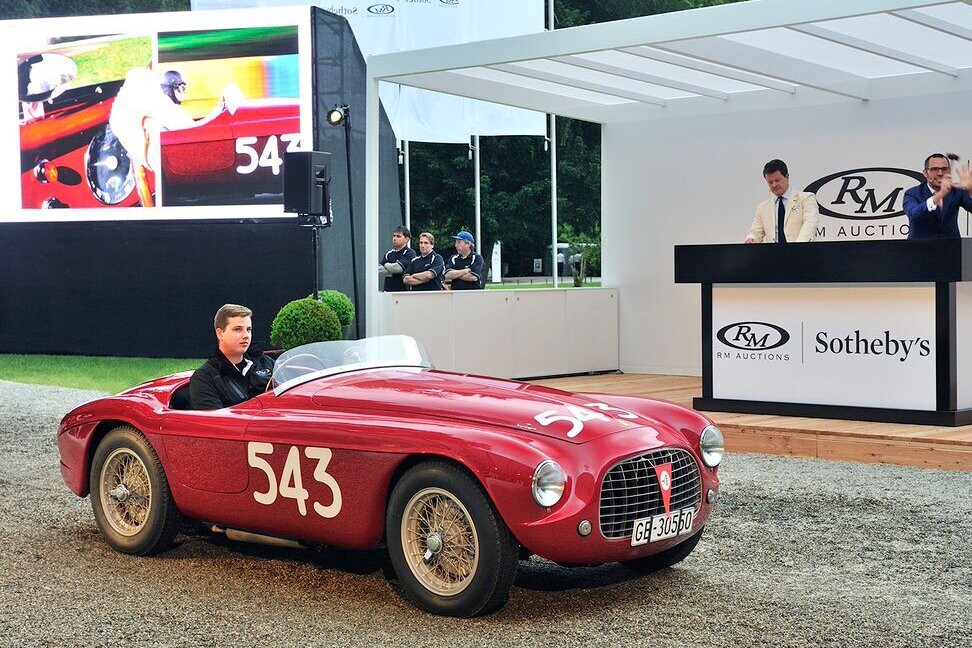 Presenting spectacular automobiles in an equally eye-catching setting, the evening sale saw 34 of the 39 lots sold before a packed house, with bidders hailing from 26 countries, including Russia, the United Arab Emirates, and Hong Kong.

An impressive total of ten vehicles fetched more than a million euros, with one of the highlights the sale of a 1952 Ferrari 212 Export Barchetta which received €6.72 million, the highest individual sale of the event.

“We had another incredible collection of cars on offer at Villa Erba. It’s always a stylish and well-attended sale; the setting, the atmosphere and the quality of vehicles we consistently consign to this auction make it a clear highlight of the European auction calendar,” said Max Girardo, Managing Director of RM Sotheby’s Europe.

“From the auction preview through until the end of the sale, the energy was fantastic and translated into some great prices.”

Bidding on the Touring-bodied Ferrari 212 Export Barchetta opened at €3 million before quickly climbing to an impressive final €6.7 million, smashing the previous auction record for the model.

Mr Girardo added: “The Ferrari 212 Export embodies the kind of quality we aim to bring to our sales and its world record-breaking price demonstrates the enduring strength of the auction market.”

RM Sotheby’s continues its European auction calendar in London on September 7th , when 75 blue-chip collectibles will go under the hammer at Battersea Evolution.