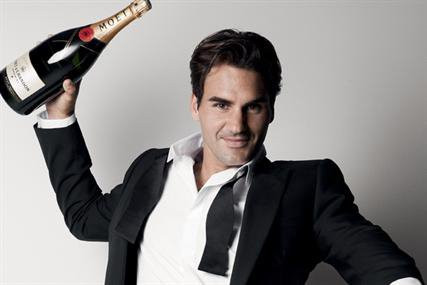 The most successful tennis player of all time, Federer features in the champagne brand’s upcoming advertising campaign which will be launched in March 2013.

It is thought that the deal could be worth as much as $30 million over five years to the legendary sportsman, a 17-time Grand Slam champion and widely considered the world’s greatest ever tennis player.

In a teaser video, Federer is filmed talking about his high regard for Moët & Chandon, and how the brand’s values are synonymous with his own.

“It’s more than just an honour to be Moët & Chandon’s brand ambassador,” Federer said. “It’s an invitation to be part of the most glamorous of traditions”.

It is not the first time the brand has affiliated itself with tennis. Moët & Chandon is already the official champagne of high-profile tournaments including the ATP World Tour and ATP World Tour Finals, the French Open, the Shanghai Masters and the US Open.