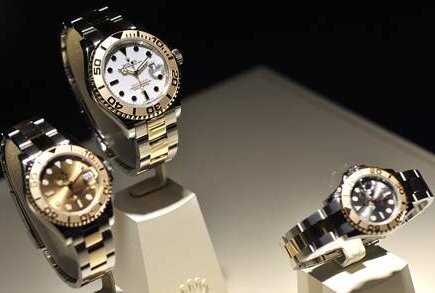 Iconic watch maker Rolex has landed the title of the UK’s favourite superbrand for the second year running following the results of a consumer poll.

The luxury watch company topped the poll ahead of technology giants Apple and Microsoft, who filled second and third place respectively, to retain their crown as the number one brand amongst UK consumers.

Fourth in the poll was British Airways, with Coca-Cola fifth, Google sixth and the Hilton hotel group in seventh.

Stephen Cheliotis, chairman of the Superbrands Expert Council, said: "Consumers remain unsettled and fearful over what feels like endless economic doom and gloom, malpractice in key institutions and a weakening position for Britain in a changing world.

"It is perhaps no surprise that we are turning to reassuringly familiar brands that we have known throughout our lives - often much-loved British establishments that we still trust, despite recent problems for some.

"In addition, voters recognise newer technology brands that make our lives simpler, happier and better-connected in these difficult times."

Today the brand is the largest and most prolific single luxury watchmaker, producing about 2,000 watches per day.