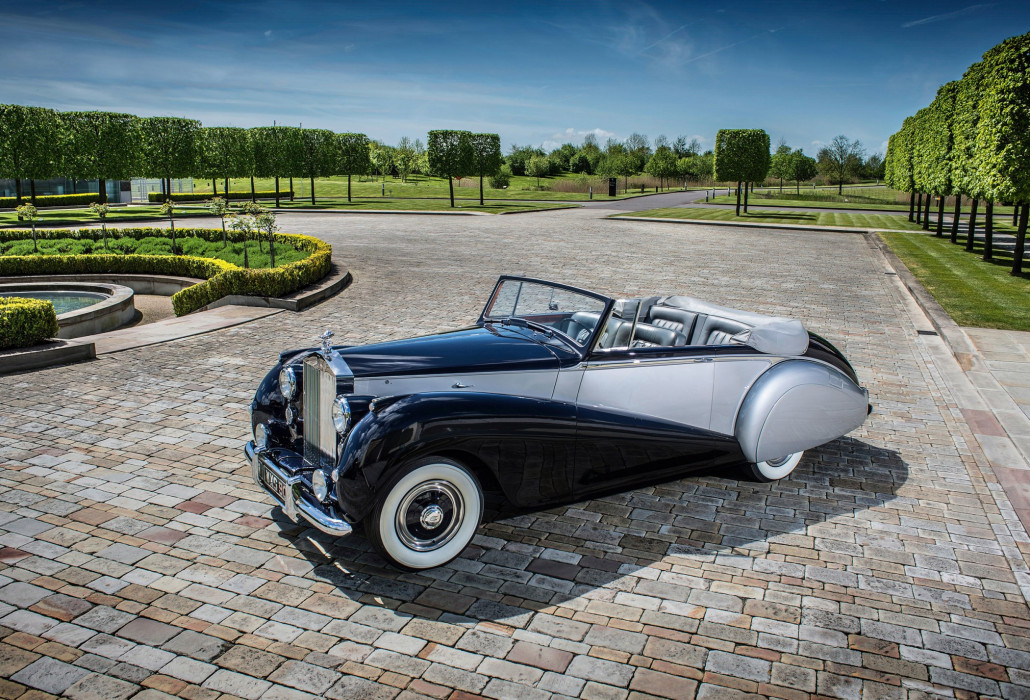 Rolls-Royce has announced the name of its forthcoming car – the Rolls-Royce Dawn – which will adopt the name of one of the British marquee’s most exclusive mid-century models.

The car was unveiled to representatives of Rolls-Royce’s 130-strong global dealer network at the 2015 Rolls-Royce World Dealer Conference in Los Angeles, California.

“Our new Rolls-Royce Dawn promises a striking, seductive encounter like no other Rolls-Royce to date,” said Torsten Mueller-Oetvoes, Chief Executive Officer at Rolls-Royce.

“Dawn is a beautiful new open-top motor car with a name that suggests the fresh opportunities that every new day holds – an awakening, an opening up of one’s senses and a burst of sunshine.

“It will be the most social of super-luxury motor cars for those beautiful people who wish to bathe in the sunlight of the world’s social hotspots.”

First launched in 1949, the original Silver Dawn was the first Rolls-Royce to be offered with a factory-built body, but was only ever applied to 28 drophead bodies between 1950 and 1954.

The new Rolls-Royce Dawn will launch during the first quarter of 2016.