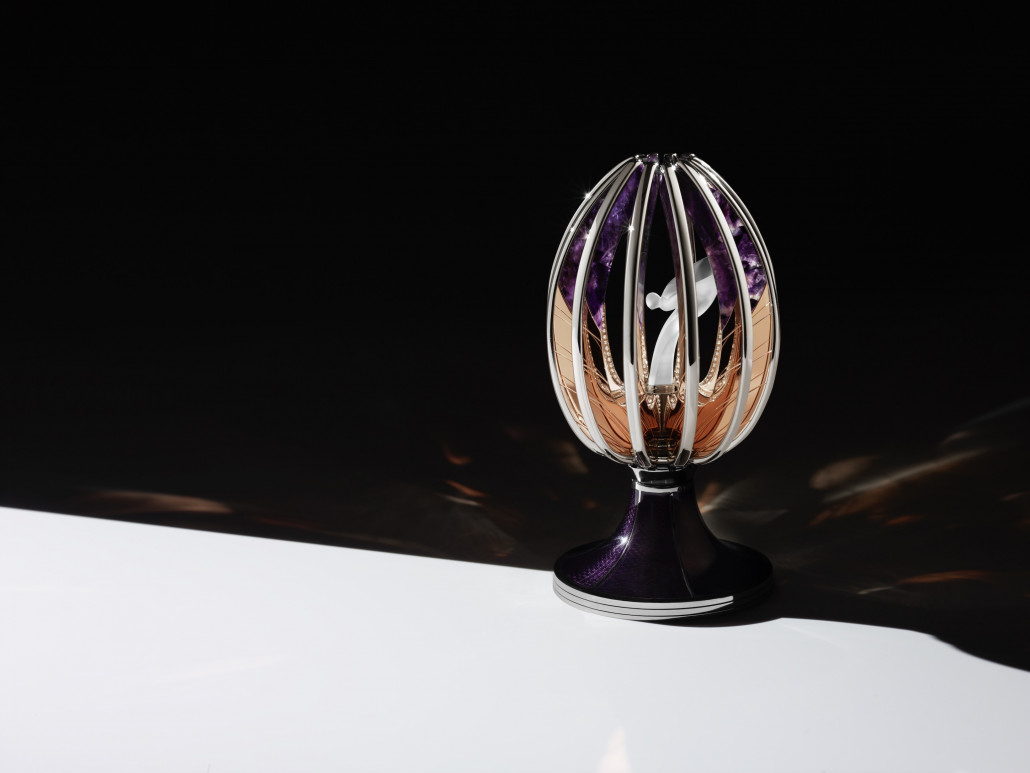 From Kings and Queens to entrepreneurs, many of the most prominent and wealthy collectors of the 20th and 21st century have been beguiled by the lure of a Fabergé Egg.

With just 50 pre-1917 Imperial Eggs completed, these exceptionally precious creations are some of the most valuable and coveted objects ever to have been made.

Now a new Fabergé Egg has been created, thanks to Fabergé joining forces with iconic British car brand Rolls-Royce, combining to create one unique objet d’art, for one discerning patron.

The design, conceived by Rolls-Royce Designers Stefan Monro and Alex Innes and rendered by Fabergé Lead Designer Liisa Talgren, has been brought to life by Fabergé workmaster Paul Jones, creating a contemporary interpretation of one of the world’s most fabled and prized possessions.

This ‘Spirit of Ecstasy’ Fabergé Egg, the second to be commissioned in the ‘Imperial Class’ since 1917 – a category reserved only for Fabergé’s most illustrious creations – celebrates the history, heritage and legend for which both Rolls-Royce and Fabergé have been revered over more than a century.

Both brands have navigated the vicissitudes of time and continue to produce the apogee of modern, highly sought after, true luxury items. The Egg is destined for the residence of a great collector of both brands.

“Responding to the continuing demands of patrons in search of unique and cherished possessions, a designer at the House of Rolls-Royce sketched an Egg, igniting a fascination that will undoubtedly become one of the most collectable items of modern times.”

A team of seven craftspeople from Fabergé undertook the challenge of fabricating the design. Design cues from Fabergé’s heritage are woven into the intricate design, with the Egg harnessing the ‘surprise and delight’ attributes for which Imperial Eggs are celebrated.

The Egg rests on an engine-turned, hand-engraved, purple enamel guilloché base of 18-karat white gold. Arms of rose gold define the shape of the Egg, acting as a protective chamber for its precious inhabitant.

The ‘Spirit of Ecstasy’ Fabergé Egg will be on public display in Fabergé’s London window this Christmas.