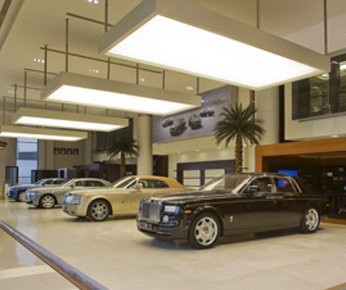 Rolls-Royce, the quintessentially British car brand, has more than doubled its sales in Abu Dhabi in the last year, the company has announced.

Sales of the Phantom rose by 214 per cent as compared to the same period lat year, marking a hugely successful 12 months for Rolls-Royce in the Emirati state.

In 2011 the car maker opened its largest showroom, Abu Dhabi Motors, in the Middle East region. The company is now planning to build on the latest sales figures by setting up a new showroom in the neighbouring Emirate of Sharjah as well as a service centre in the city of Al Ain, located in the east of Abu Dhabi.

Prices for the Rolls-Royce Phantom begin from Dh1.7 million ($462,824), but many buyers spend extra for customised options. Popular choices include picnic hampers in the boot, a cigar humidor in the glove box and a built-in fridge in the centre console.

Kadhim Al Helli, Rolls-Royce's brand manager for Abu Dhabi Motors said. “This success has been strongly linked to our bespoke specifications, which make almost every car unique and different in its own way.”

The first ever Phantom car was created by Rolls-Royce in 1925.