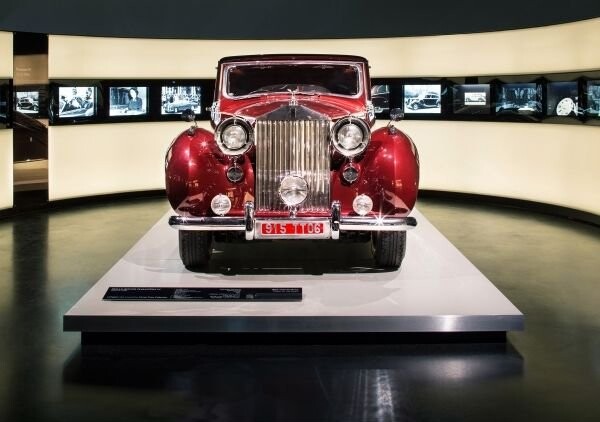 A Rolls-Royce Motor Cars exhibition has opened to public at the BMW Museum in Munich, Germany.

A total of 15 Rolls-Royce cars are currently on display across five floors at the landmark BMW Museum bowl, including both historical and contemporary models.

Called “Strive for Perfection”, the exhibition is being held to mark the 10th year of BMW's ownership of the iconic UK brand as well as to honour the 150th birthday of its founder Sir Henry Royce.

Amongst the cars on show are the 1926 Rolls-Royce 10EX, which was engineered and driven by Sir Henry Royce himself, as well as a Rolls-Royce Phantom and Silver Ghost.

Speaking about the exhibition, Rolls-Royce's CEO, Torsten Müller-Ötvös, said: "This outstanding and historic exhibition proudly celebrates the tenth anniversary of the renaissance of Rolls-Royce Motor Cars under BMW Group ownership.

“Our contemporary motor cars present a unique blend of German expertise and technology and outstanding British craftsmanship and design. It is therefore appropriate that this key moment in the story of this Great British manufacturing success story is told in the BMW Museum, an iconic location which is both the ‘soul and the memory' of the BMW Group."

The exhibition also takes visitors through key events in Rolls-Royce’s history, including the initial meeting between the company's founders, Sir Henry Royce and the Honourable Charles Stewart Rolls in 1904, as well as providing information on the craftsmanship, coachbuilding and bespoke design that have become synonymous with the brand over the years.

Rolls-Royce was officially founded in March 1906.