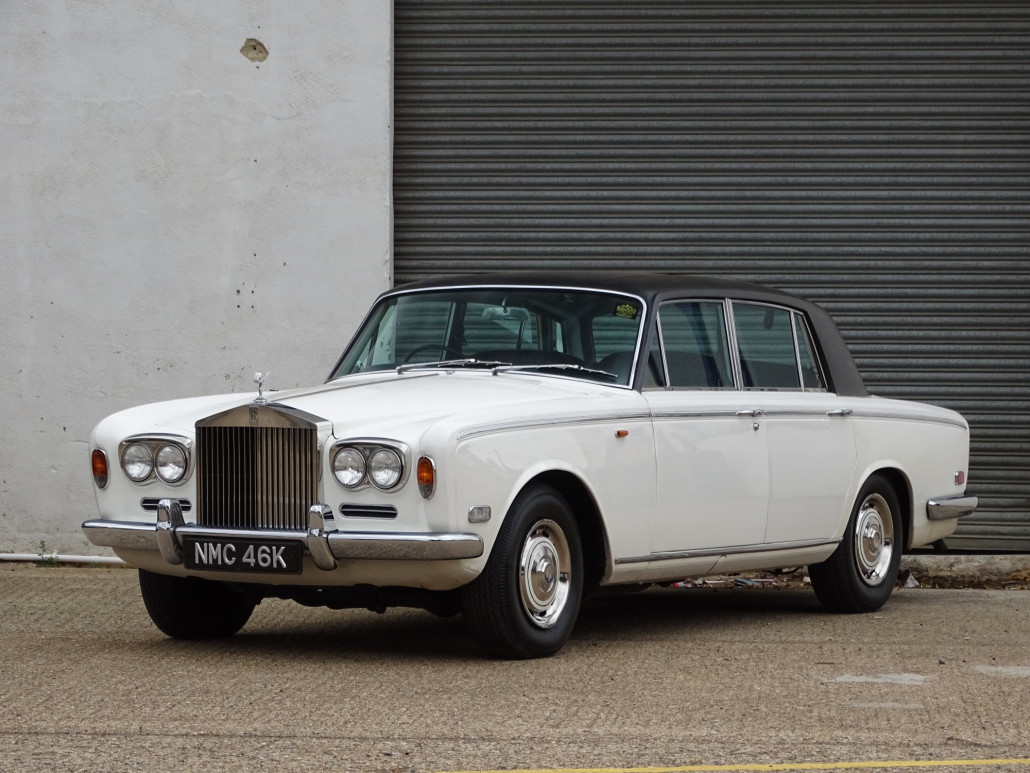 Rolls-Royce Owned by George Best to be Sold at Auction

H&H Classics will be selling the late iconic footballer George Best’s 1972 white Rolls-Royce Silver Shadow at their Duxford sale in October at the Imperial War Museum, Cambridgeshire. It is estimated to sell for £10,000 to £15,000.

Launched in 1965, the Rolls-Royce Silver Shadow was a bold departure for the Crewe-based company. Their first monocoque design, it also benefited from olio-pneumatic rear suspension, power disc brakes and, from 1968, GM’s silken 400 series automatic gearbox.

Such 'new technology' did not encroach on the luxurious interior with its sumptuous leather hides, rich wood veneers and deep lambswool carpets. Performance from the smooth 6230cc V8 engine (upgraded to 6750cc in 1970) was assured, the car wafting forward on a seemingly unstoppable wave of torque. Still immensely cosseting to drive, Shadows offer a genuinely different ownership experience to their mass made peers.

According to its accompanying RREC copy chassis records, this particular example – chassis number SRH 13549 – was built in accordance with ‘Page 16 Issue 12 SVR.1067 of the Special Vehicles requirement brochure’.

A letter on file from Tony Clark of Grassicks Ltd reveals that the Silver Shadow was sold to the internationally renowned football player George Best before the Scottish Rolls-Royce, Bentley and Ferrari distributor had had the chance to open a Service Record for it.

No stranger to publicity, George Best and his new acquisition were photographed by the Daily Mirror in the showrooms of Ian Anthony Car Sales on 4th December 1972. The car has sported various registration numbers over the past forty-four years but on that occasion wore plates advertising Mr. Anthony’s Manchester-based dealership.

Repainted since belonging to Best, the luxury saloon has also gained a Black vinyl roof covering (a ‘must have’ automotive accessory during the late-1970s) and later-style integral reversing lamps. However, the Silver Shadow still pleasingly retains its original steering wheel, Black leather upholstery and Grey Ambla headlining. Thus, any future custodian has the pleasure of knowing that he / she is not only driving a car that George Best owned in his heyday but also sitting on the very same leather.

Acquired by its last registered keeper during 1994, chassis SRH 13549 has had some £22,000 spent on it over the last twenty-two years. Adorned with more aesthetically pleasing bumpers than their successors, first series Silver Shadows have become increasingly collectible of late (with post 1970 cars boasting both the more powerful engine and smoother transmission). The Rolls-Royce possesses a current MOT certificate valid until 14th June 2017 and offers a new owner the chance of restoring it back to ‘Best’ specification.