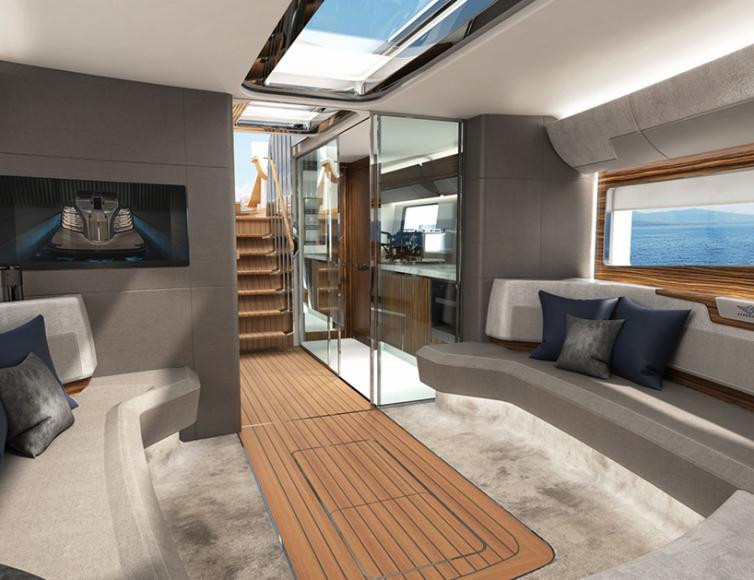 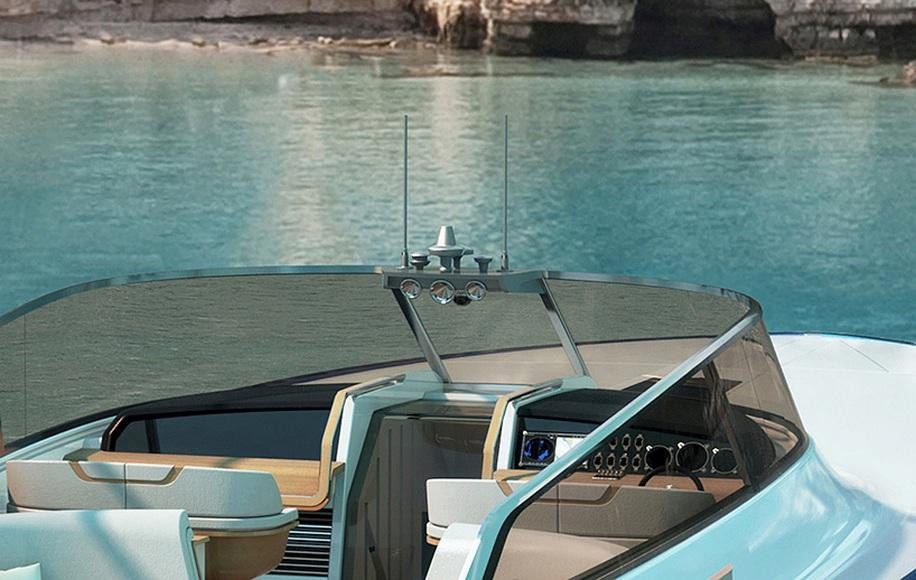 The trend for luxury car brands to venture into the world of yachting has continued apace with the unveiling of a new Rolls-Royce powered concept vessel.

Almost 20 metres in length, the Aeroboat S6 day cruiser yacht is the brainchild of British design studio Claydon Reeves and follows on from their creation of the performance-focused Aeroboat SV12 in 2013, which was also powered by Rolls-Royce.

Made of carbon and aluminium, the vessel rides on a hull developed by British studio BMT Nigel Gee and is powered by twin MTU V10 2000 M96 engines and a waterjet propulsion system to deliver a fully optimised sporty performance.

The yacht’s design is billed by its creators as combining luxury outdoor living and easy access to the water’s edge with the thrill of high-performance cruising.

The teardrop shaped open cockpit is one of the Aeroboat S6’s most notable characteristics. The central mid-ship seating area of the cockpit conceals a dining table and leads all the way to the aft swim platform.

Its two decks can host 12 guests, although sleeping accommodation is available only for four. The cabin below functions as an entertainment area with a Pullman for crew members or guests.

For easy access to the water, the boat features an extendable swim platform which can be lowered to act as a ladder into the sea. The top speed of the Aeroboat S6 with a light load is estimated at 48 knots and its range at 40 knots and full 1,518-gallon fuel capacity is 400 nautical miles.

Earlier this year the first Aston Martin Powerboat made its US Debut at the Yachts Miami Beach event in Florida.