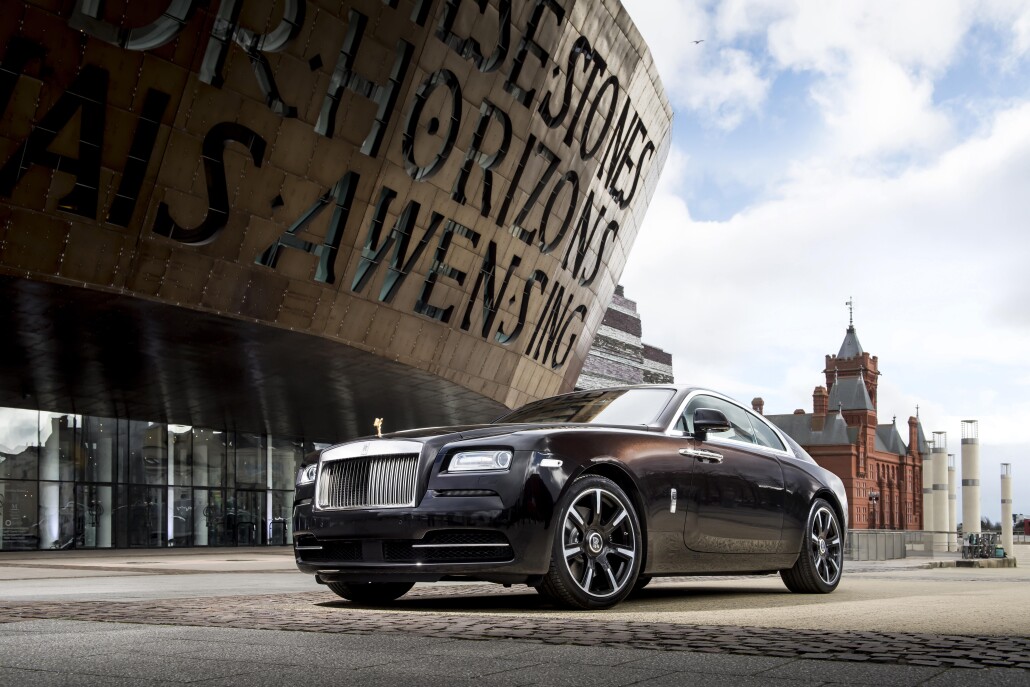 Rolls-Royce Team up With Music Legends for Bespoke Wraith Series

Rolls-Royce and rock ‘n’roll do not appear to be obvious bed-fellows, but nonetheless the two have come together to create a remarkable series of one-of-a-kind collectors’ cars.

The first four of these bespoke, hand-built "Inspired by British Music" cars were unveiled for the first time last week at the Sanderson Hotel in Fitzroia, London by the artists who helped create them.

Each artist was invited to the Home of Rolls-Royce in Goodwood, where they worked in close partnership with Rolls-Royce’s design experts to conceive deeply personal expressions of their music heritage.

Highly creative features include a representation of seminal The Who album ‘Tommy’s’ famous cover-art adorned to a bonnet, and Sir George Martin’s number one records embroidered into Wraith’s signature waterfall and door-flights engraved with hand-written lyrics and quotes.

Further bespoke touches include a ‘Lyrical Copper’ exterior paint finish completed with a subtle motif of the Union Jack Flag on each of the cars’ C-pillars, celebrating the indelible mark made by each artist on British popular culture.

“The enduring allure of Rolls-Royce has been encouraged over the years by some of the world’s most famous and important music icons,” says Torsten Müller-Ötvös, CEO of Rolls-Royce Motor Cars.

“So many have turned to Rolls-Royce to celebrate their success with the ultimate display of originality and creativity. This collaboration – with some of Britain’s most celebrated musicians – promises to add to this legacy, creating truly unique collectors’ items.”

Rolls-Royce believe the resulting cars will represent the ultimate collectors’ items for the most ardent fans of each artist and will be sold later in 2017, with a proportion of the value of each being donated to charities selected by each artist, including the Teenage Cancer Trust.