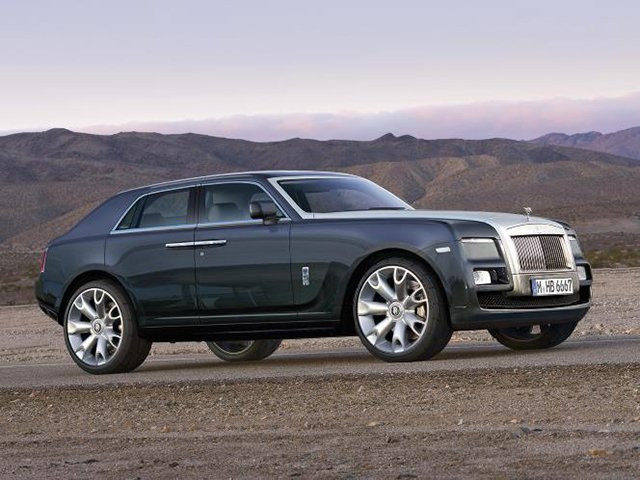 The first ever Rolls-Royce SUV, due to launch in 2017, is garnering plenty of interest after prototypes were spotted on the roads for testing.

Described by Rolls-Royce as a "high-sided all-terrain vehicle”, the car was confirmed by the British brand earlier this year when a number of images were released.

The length of the test mule is drastically altered from the shortened Phantom II car on which it is based, as can be seen from the much shorter rear doors, higher ground clearance and revised front-end, with different air intakes to the Phantom.

The car will be used to develop the new all-wheel drive transmission and the suspension system that will deliver the brand's hallmark 'magic carpet' ride not only on the road, but off-road, too.

The basis of the 4x4 will be an all-new aluminium architecture, believed to be a Phantom-like spaceframe that will serve as the basis for all new Rolls-Royce models in the foreseeable future.

As for the name of the car, “Cullinan”, this makes reference to the largest gem-quality diamond ever found, although the car is not expected to be called this when it reaches production in 2017.

The Cullinan diamond was discovered in South Africa in 1905 and is now mounted on the Queen's sceptre as part of the Crown Jewels.

Pricing has yet to be confirmed, but is expected to start at around £280,000, rising as high as £500,000 if owners decide to splash out on bespoke equipment and décor.