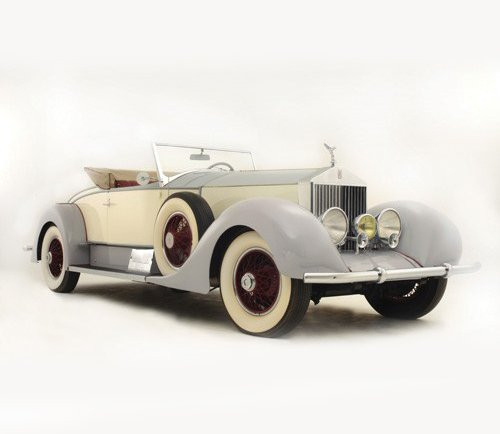 Rolls-Royce with Hollywood Past to be Sold at Auction

A 1927 Rolls-Royce Phantom I Playboy Roadster, previously owned by some of the 20th century's biggest movie stars, is to go under the hammer at a UK auction this weekend.

The classic convertible was owned by actress Bette Davis and silent cowboy star Tom Mix before being purchased by Warner Brothers, leading to it appearing in several cinema hits including Daisy Clover, where it was driven by actor Robert Redford.

Now the historical automobile will be on auction at one of the biggest car auctions of the year, the Coys Classic Car Auction at Blenheim Palace in Oxfordshire on Saturday, where it is expected to fetch between $175,000 and $250,000.

Over 120 vehicles will be offered at the auction, including a 1954 Rolls-Royce once owned by movie star Dirk Board, a Ferrari 212 Inter, a C-Type Jaguar, an Alfa 8C Monza and an Auburn 851 Speedster from the National Motor Museum.

Recently a 1906 Rolls-Royce Silver Ghost – also known as a “Corgi” fetched a $7.3 million at auction, making it the most expensive Rolls-Royce ever sold at auction.

The first Rolls-Royce Phantom I was launched in 1925.