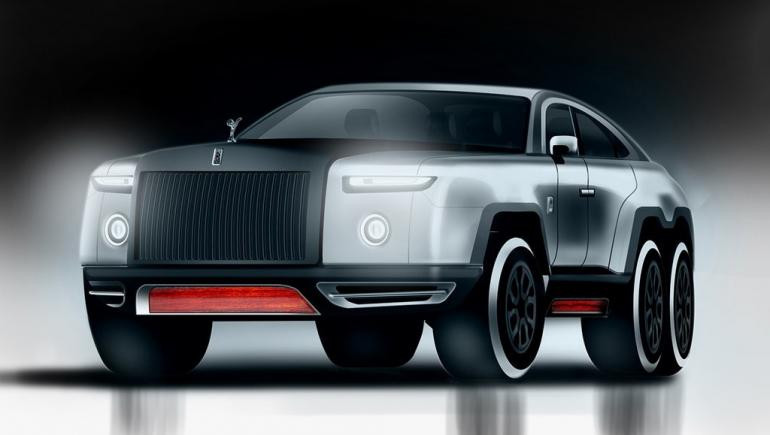 The modern incarnation of the Rolls-Royce Wraith has until now been available in coupe form only, but that is soon to change with the model serving as the inspiration for a stunning new bespoke SUV.

Called the Cullinan, the upcoming car, which is set to challenge the Mercedes-Benz G63 6x6 as the most luxurious SUV on the market, is the brainchild of an Indian automobile designer who specialises in custom-made variations on renowned models.

Set for launch this year, the 6-wheel behemoth is a four-door, three-axle concept with strikingly large wheels.

However, unlike the Mercedes G63 6×6, the Wraith-based SUV doesn’t feature all-wheel-drive. Instead, the power is sent only to the rear four wheels.

The name Wraith comes from an old Scottish word meaning image of a ghost or spirit, a name it shares with the 1938 model by the original Rolls Royce company.

Rolls-Royce are not the only luxury car manufacturer to venture into SUV territory in recent months. Late last year Italian marquee Lamborghini unveiled a new model that combines the performance and style of a sport s cars with the sturdiness and durability of an SUV.