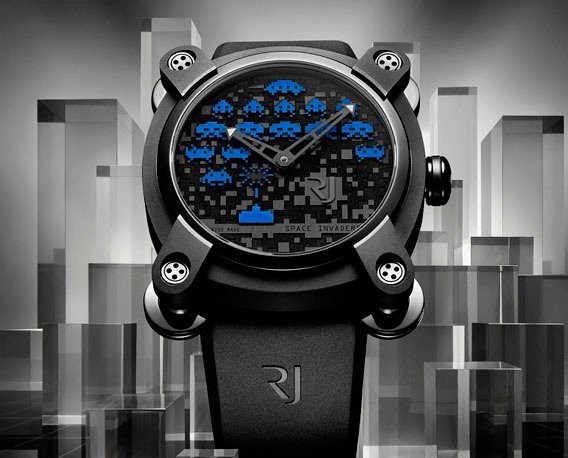 Luxury watchmakers Romain Jerome have teamed up with French boutique store Colette with the arrival of their second timepiece inspired by the iconic video game Space Invaders.

Limited to just eight pieces, the Space Invaders watches are part of Romain Jerome’s Moon Invader collection, and come in a three colour styles with a special three-dimensional dial designed to look as though it was built from pixels.

The cases are in black coloured steel and 46mm wide with spare parts from Apollo 11 and four functional ball-and-socket joints on the corners of the case which resemble the legs of the lunar landing modules of American lunar missions.

The strictly limited edition run of eight Space Invaders timepieces are only available in the Colette boutique in Paris, priced at €13,780 euros (£10,940) each.

Romain Jerome was founded in Geneva, Switzerland in 2004.