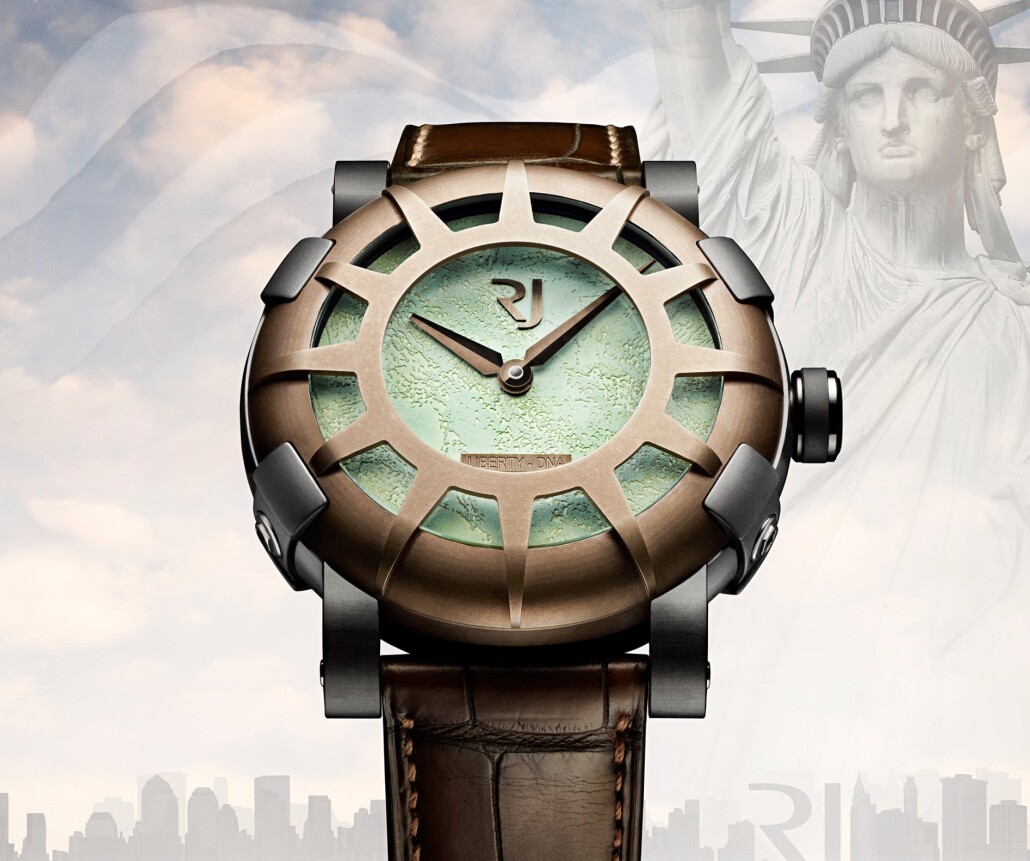 Limited to just 125 pieces worldwide, the Liberty-DNA is the latest in a line of Romain Jerome watches to feature the “DNA” of famous objects. Previously the watch brand has produced the Titanic-DNA and the Moon-DNA, amongst others.

Now the Liberty-DNA has been added to this series and it could be the most original yet. The watch features fragments of the Statue of Liberty recovered during restoration work which are incorporated into the dial. The fragments were supplied to Romain Jerome by the Statue of Liberty-Ellis Island Foundation and the Gold Leaf Corporation.

This year marks the 125th anniversary of the statue being delivered as a gift to America by France to celebrate the centenary of the Declaration of Independence of the United States.

As well as fragments from the statue, Romain Jermone claim the watch’s bronze bezel (which contains 12 spikes resembling the statue’s crown) will change colour as years go by – also replicating the ageing process of the statue.

The Romain Jerome Liberty-DNA timepiece is priced at $14, 900.