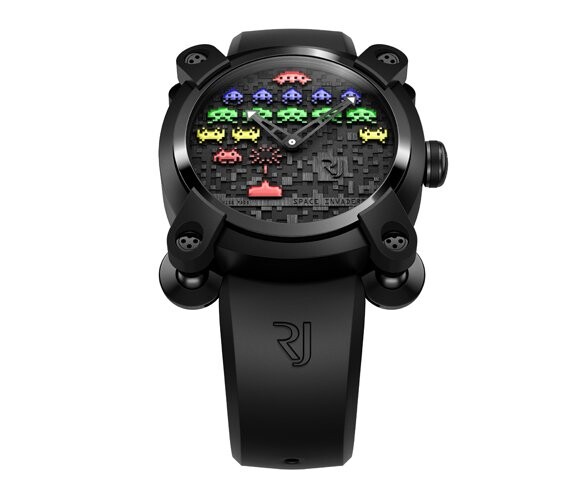 One of the watches features a colourful Space Invaders dial, whilst the other comes with characters from the game covered in Superluminova causing them to glow at night.

The creation of the watches is part of a licensing agreement with TAITO Corporation on the Space Invaders franchise and Romain Jerome.

Based in Geneva, Switzerland. Romain Jerome was founded in 2004.