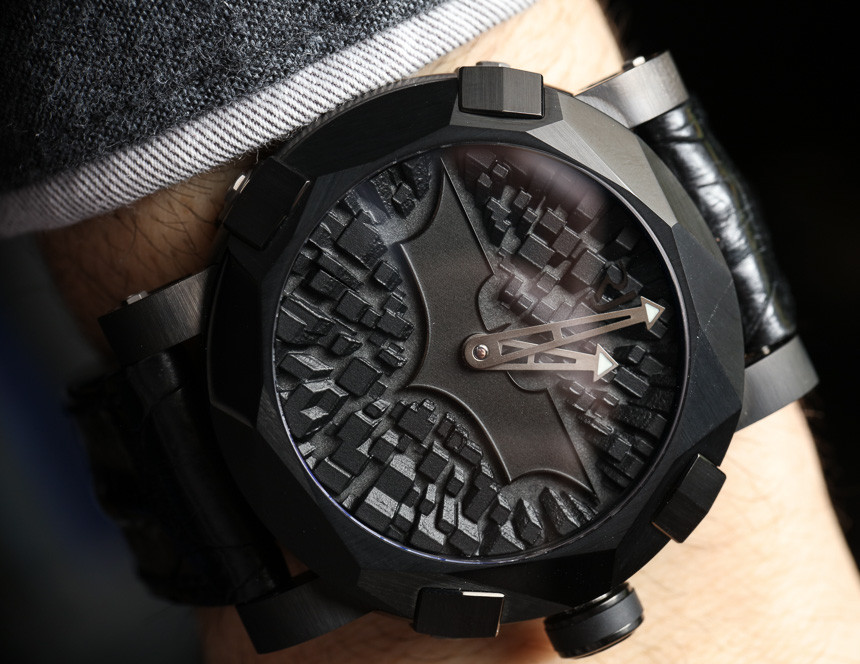 Swiss luxury watch brand RJ-Romain Jerome have enhanced their reputation for unusual timepieces with the creation of a watch inspired by the iconic superhero Batman.

Featuring a luminescent bat signal on the dial, the limited edition Batman watch follows the watchmaker’s original Batman piece unveiled three years ago and is the result of a collaboration with Warner Bros.

The partnership between began with the Batman-DNA watch which was launched in 2014 to celebrate the 75th anniversary of the Caped Crusader.

The newest iteration is based on Romain Jerome’s distinctive Skylab model which launched in 2013. Transparency dominates the timepiece with its skeletonized construction and a dark theme gives it an eye-catching appearance.

The 48mm case boasts a Swiss made manual winding movement designed by Romain Jerome and characterised by straight lines and chamfered angles. It also offers a power reserve of 48 hours.

However the watch’s centre piece is the luminescent blue bat signal in the middle of the dial which is further augmented by the Gotham City map on the back sapphire crystal glass.

The case has a bi-tone finish which is a combination of polished and satin-finished steel and black PVD-coated look and there’s also black alligator straps with steel folding clasp.

The Batman edition of the Skylab model will see a limited run of only 75 pieces, with no price yet confirmed.