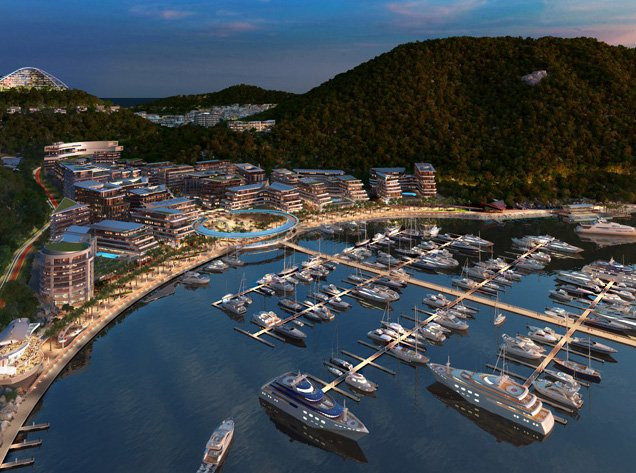 A new $2.5 billion residential and hotel development is to be created in Vietnam, including a marina boasting a total of 350 yacht berths.

Financed by Rose Rock Group, a Rockefeller family-backed alternative investment management firm, the Vung Ro Bay development will be spread across 200,000 square metres and will comprise several hotels featuring over 750 rooms, 4,300 apartments, 100 luxury townhouses, and a vast range of shops.

A collaboration between Vung Ro Petroleum Co., a Tuy Hoa, Phu Yen province-based oil company, it is hoped Vung Ro Bay will provide a significant economic boost to the area and comes at a time of growing interest among overseas investors in Vietnam’s potential as a tourism and gambling destination.

“We look forward to making this development an outstanding and preferred destination in the Asia-Pacific region for visitors and a lifestyle choice for residents,” Collin Eckles, president at Rose Rock, said in a statement.

“We see central Vietnam as at the beginning phase of a growth stage,” said Lam. “If you look at southern China, it’s only a one-and-a-half-hour flight to beaches. The hotel costs are lower. And it’s a new destination.”