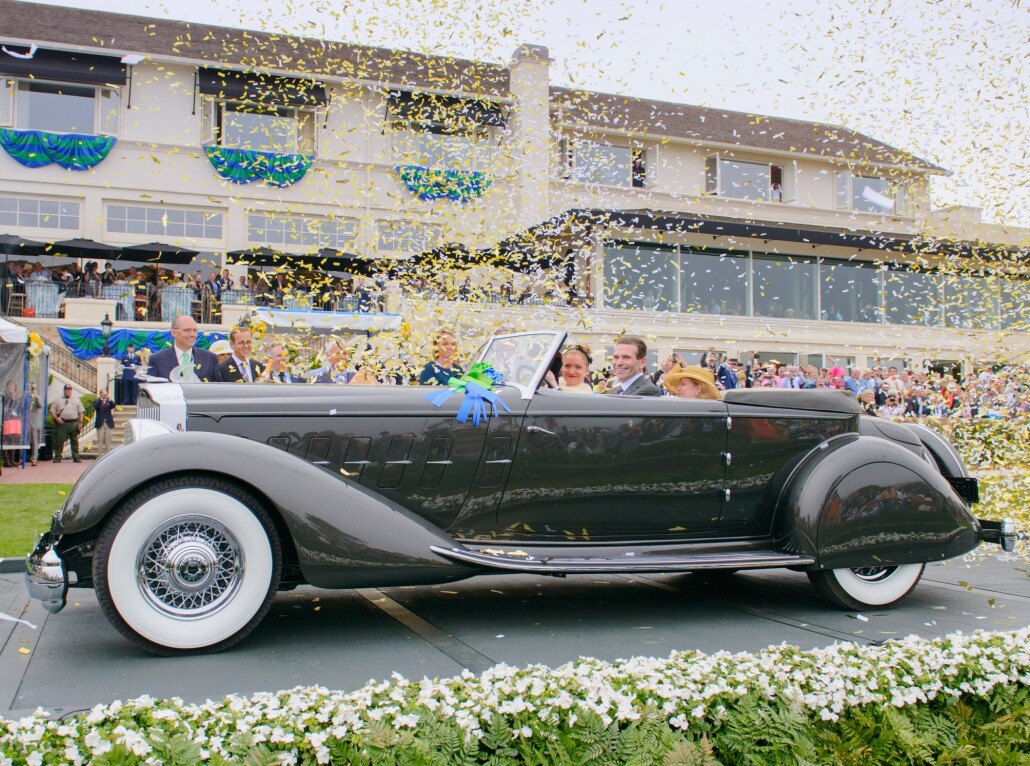 The 2013 edition of the Pebble Beach Concours d'Elegance came to a close in California yesterday, following a 7-day celebration of automobiles and car culture.

The giant open touring car is powered by an L-head V12 engine and features flowing fenders, closed in the rear to encompass 140-plus-inch wheelbase. Though Packard built over 35,000 Twelves from 1933 to 1939, this is the only model with custom bodywork by coachbuilder Raymond Dietrich.

Amongst the other highlights of the week was the sale of the a 1967 Ferrari 275 GTB/4*S N.A.R.T Spider for $27.5 million, the biggest amount ever received for a road-going car as well as the most expensive Ferrari ever sold at auction

The Pebble Beach Concours d'Elegance was founded in 1950 and has grown to become one of the world’s most prestigious automobile events.