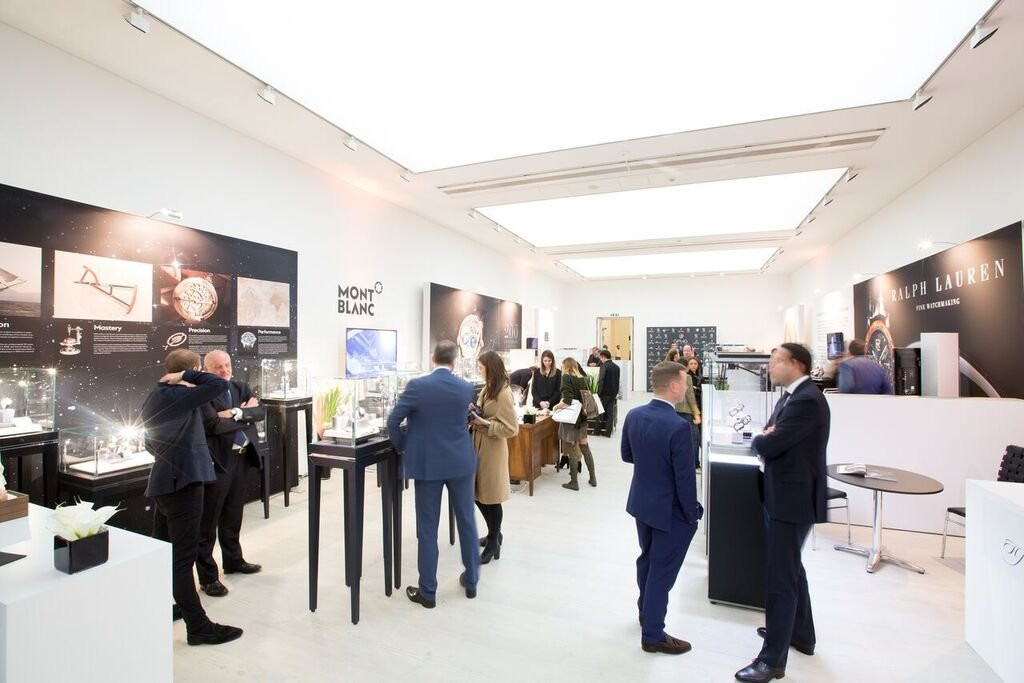 World renowned watch fair Salon QP returned to the Saatchi Gallery in west London for the seventh edition of the show last week with record visitor numbers and the greatest number of exhibitors to date.

Show attendance was up 23 per cent on last year according to organisers, with the prestigious gallery full to capacity.

As usual, the show attracted a wide range of global watch-world influencers, and both experienced and novice collectors alike, joining its established audience of passionate connoisseurs and enthusiasts.

Visitors came to both admire and acquire some of the finest timepieces currently available, from established names such as Montblanc, Vacheron Constantin and Chopard; leading independents like MB&F and F.P. Journe; and younger brands including Alexandre Meerson and Akrivia.

“We’ve been exhibiting at SalonQP for a few years now – and the 2015 edition has been the very best so far,” Said Charris Yadigaroglou of MB&F. “ It’s a perfect mix of both larger and independent brands, media presence extending beyond the UK, a very qualitative audience including serious collectors… and the great Saatchi Gallery venue.”

Rachel Leung from Ralph Lauren Watches & Jewellery added: “SalonQP this year was an amazing platform for Ralph Lauren Watches to present our latest timepieces to an affluent and engaged audience. We were honored to be among fellow exhibitors who are also exemplifying quality, craftsmanship, and innovation.”

As in previous years, SalonQP 2015 was a platform for new launches. This year saw four brands launch (Brüggler, Dennison, Ferdinand Berthoud and Czapek & Cie), as well as over 25 new products unveiled in the consumer arena for the first time.

There was a strong educational theme to this year’s Salon QP, which played host to two curated exhibitions: ‘Gems of Time’, returning for a second time, focused on coloured stones in fine watchmaking, while ‘Inside a Second’ celebrated the history of the chronograph, one of watchmaking’s key genres.

SalonQP 2015 was the event’s fifth year at the Saatchi Gallery and seventh in total. The exhibition has established itself as Europe’s leading consumer event for those interested in fine watches