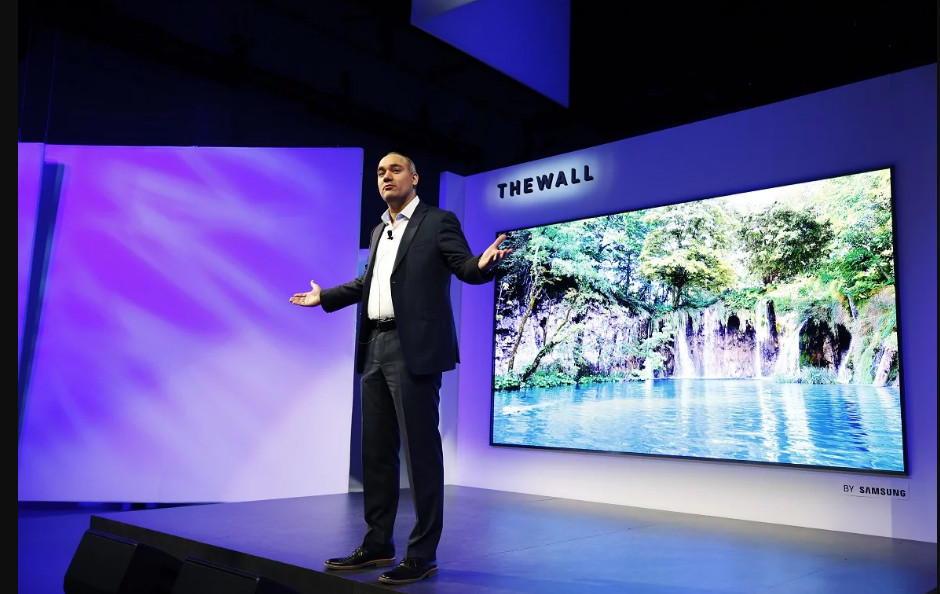 Instead of the more conventional LED, plasma, OLED technology, or Samsung’s own QLED, the Wall is the first consumer TV to use MicroLED. In this technology, the pixel LED modules in a MicroLED display have their own light source, which eliminates the need for a separate backlight, or for colour filters.

This MicroLED technology is said to be a better alternative to OLED because it offers both deep blacks and bright highlights. Samsung claims its modular technology will allow for TVs of customised sizes to be ordered. The Wall also doesn’t have any bezels and all the panels fit together seamlessly.

“Screens should not be limited by size or space. Instead, they should be able to blend into any home,” said JH Han, President of Visual Display Business at Samsung Electronics.

Samsung have not yet confirmed whether the concept set will enter the consumer market.

The Wall will be on display at the Las Vegas Show until 12 January.