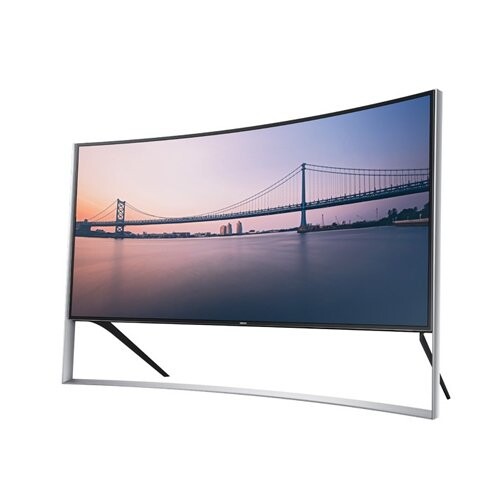 Samsung’s curved television boasting a 105-inch screen created has gone on sale in the US priced at $120,000.

Billed as the world’s largest curved-screen ultra-high definition TV, the new set is said to offer four times the definition of a standard HD TV plus the capacity to ‘upscale’ the resolution of existing high definition content.

Measuring 2.5m x 1.46m (including its stand), the TV’s curved screen means it will need to be set back at least 63cm from a wall.

Every buyer of the new TV will be visited by a Samsung expert who will personally demonstrate the set’s functions, Samsung says.

Founded in 1938, Samsung is a South Korean multinational headquartered in Samsung Town, Seoul.