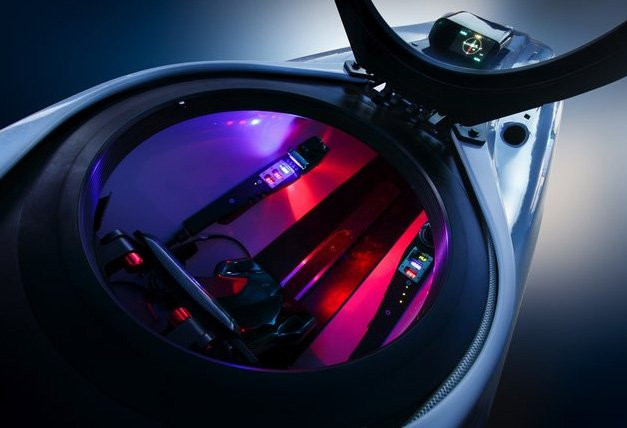 Designed and developed by Graham Hawkes of DeepFlight, the 17-foot, two-person submersible boasts wings and tail fins that resemble an F18 fighter jet. The vessel runs entirely on electricity, can dive to depths of over 100 metres and has a cruising speed of 2-6 knots.

According to its creators this latest incarnation of the Super Falcon will be able to barrel roll with dolphins, “spy-hop” with whales and generally provide more dexterity than its predecessor.

The cockpit is enclosed by a large domed top which allows 360 degree views, while the passenger seat is located behind the pilot.

Other notable features include offers a fly-by-wire flight control system, adjustable carbon fibre seats and an integrated heads-up display with an artificial horizon. For safety, in the case of a malfunction, the Super Falcon will automatically rise to the surface.

The Super Falcon Mark II was first presented at last September’s Monaco Yacht Show. Each model is built specifically for the customer and is priced at a cool $1.7 million.