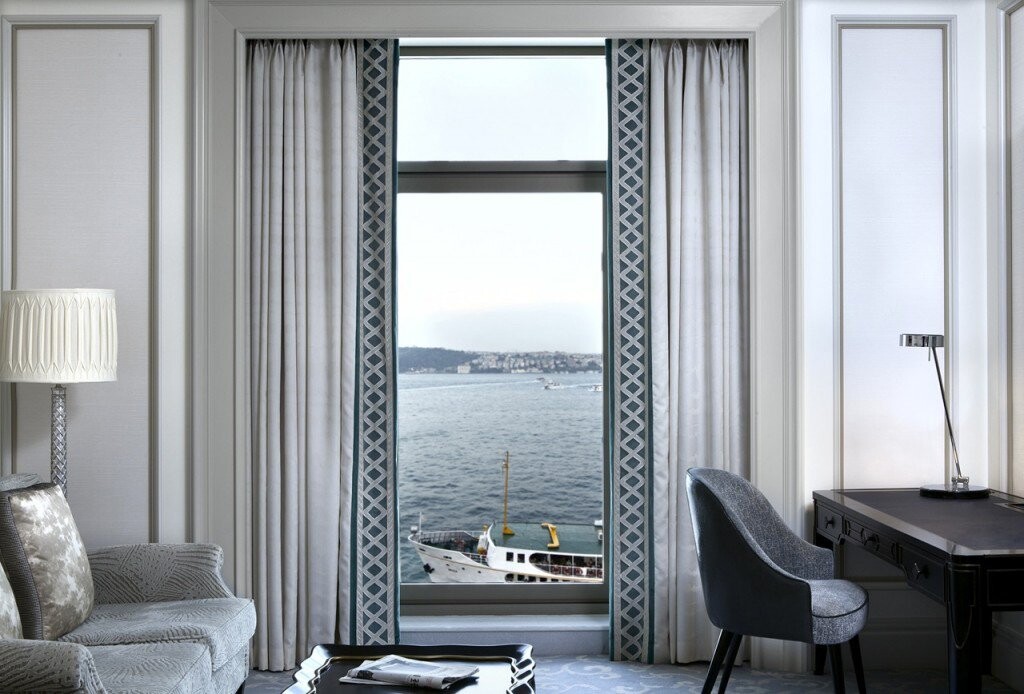 Luxury hotel brand Shangri-La have opened a new 186-room property along the Bosphorus river in Istanbul.

Shangri-La’s second European hotel after its Paris opening in 2010, the Shangri-La Bosphorus is set on the European side of the river, between Istanbul’s Dolmabahce Palace and Naval Museum.

It contains 186 rooms and 17 suites, most of which boast private terraces, with the flagship Shangri-La Suite offering three terraces overlooking the Old City, Asian shores and the Bosphorus Bridge.

Situated on the site of a 1930s tobacco warehouse, the hotel’s restored, six-storey Neo-Classical façade are accompanied by two carefully preserved 150- and 350-year-old Sycamore trees in the courtyard to provide permanent nods to history.

The hotel’s interior, meanwhile, is a homage to contemporary style and luxury, boasting swathes of marble, Bohemian crystal chandeliers and a fusion of European, Asian and Turkish design.

Art also plays a substantial role in the hotel’s aesthetics, with more than 1,000 pieces of European and Asian art dotted throughout the property, including a striking 18-metre-tall silk painting – commissioned especially for the hotel – decorating the atrium.

Other notable features include a grand staircase winding down a three-story dome-shaped atrium, several elegant ballrooms, a gourmet restaurant, and a spa with traditional Turkish Hammam facilities.

Shangri-La is also set to open its first UK property this summer, located in The Shard, western Europe’s tallest building, in London.