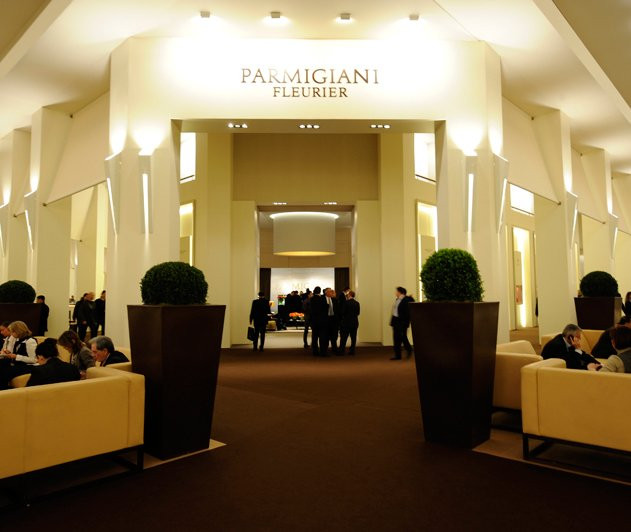 The 22nd edition of the Salon International de la Haute Horlogerie (SIHH) watch fair kicked off in Geneva, Switzerland today, welcoming 18 fine watch brands and thousands of visitors from around the world.

Held over 5 days at the Palexpo convention centre, the invitation-only show follows a prosperous year for the Swiss watch industry, which has defied the global economic downturn by recording record sales.

Taking on a major presence at the fair each year is the Richemont group, one of the world's leading luxury goods groups. Cartier International, owned by Richemont, is providing one of the most anticipated launches of this year’s event with the unveiling of the Tank Anglaise, a new version of the brand’s iconic Tank timepiece.

Each year a unique exhibition is held throughout the event, and this year is dedicated to clocks down the ages. The Musée d'Art et d'Histoire de Genève has loaned several pieces from its collections of horology and enamel, dating from the Renaissance to the early 20th century, to the exhibition.

The SIHH is followed in March by a similarly prestigious watch fair, Baselworld, which takes place in Basel, Switzerland.