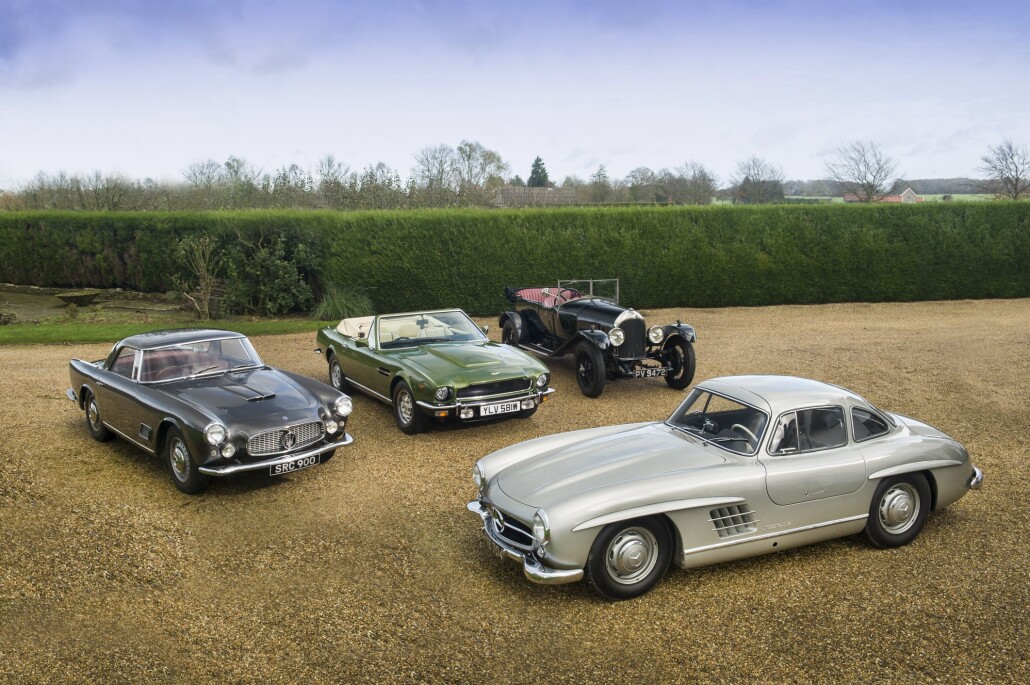 Single-Owner Car Collection to be Offered at Bonhams’ Goodwood Sale

From a magnificent Mercedes to a macabre hearse, the exceptionally diverse single-owner Kingsley Curtis Collection will be offered at Bonhams’ Goodwood Members’ Meeting sale this March.

The collection – comprising 14 motor cars, one carriage and a Victorian hearse – comes from the late Kingsley Curtis, the pioneering chairman of refrigeration company, HRP.

“The majority of Gullwings were delivered to the US. To see one in Europe was incredibly rare, making this particular model, only the third delivered to the UK, quite the trailblazer. With its unusual upright wing-like doors, and exceptional German engineering, it would have been quite a rare sight to see.”

Kingsley purchased his first classic car in 1963, following a chance sighting at the White Cross pub in Richmond. It was here that he saw a 1924 Bean 11.9 parked outside, and so profound was his admiration for it, he swiftly purchased the car on the spot, instigating a lifelong passion for classic motor cars.

After taking over HRP from his father, the company founder, Kingsley then moved to Suffolk where he continued to excel in business and his enthusiasm for classic motor cars grew.

“The collection is incredibly diverse, featuring high quality examples of each model, most of which have been in Mr. Curtis’s collection for many years,” added Mr Schofield.

“Each car in the collection had a purpose; the 1923 Bentley 3-Litre TT Replica, his favourite car, was used for local touring, the Maserati for long drives, and the Aston Martin as a summer car. We’re delighted to now offer these at auction for the first time.”