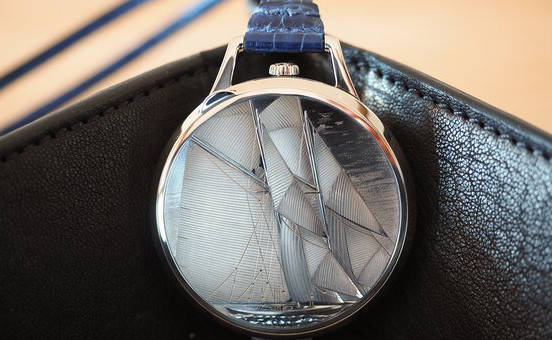 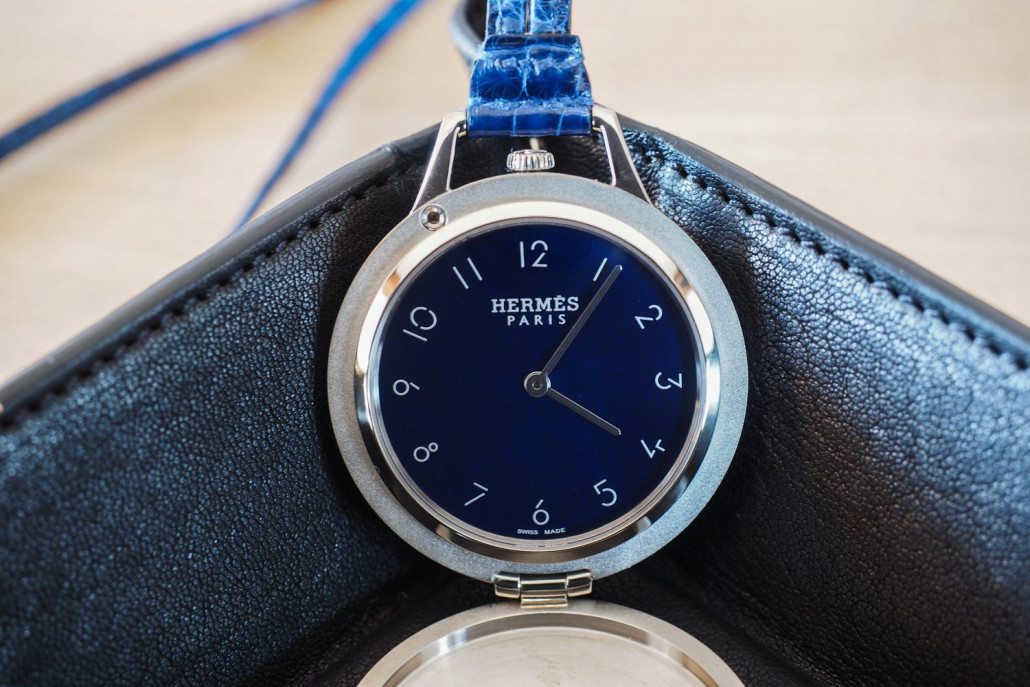 Featuring a striking nautical-themed engraving on the caseback and a blue enamel dial, the watch is made of 18-karat white gold, measures 45mm in diameter and is produced case-first.

The master engraver, Silvain Bettex spent up to 55 hours on the engraving alone, hand chasing the nautical design entirely by himself. For the Slim d'Hermès, he began with the waves and then moved onto the finer features of the sailing yacht, such as the rigging and the sail.

After the engraving was completed, the case was dipped in ruthenium, which gives it a dark grey anthracite appearance.

The pocket watch is powered by the caliber H1950, the same caliber used in the other Slim d'Hermès watches (including the enamel dial limited edition wristwatch). It's an automatic movement wound with a micro-rotor that has a 42-hour power reserve and "H" decorations across the plates and bridges.

Untypically for a pocket watch, the piece has a sapphire back, allowing users to admire the caliber itself.

This new Slim d'Hermès pocket watch is limited to just six pieces and is priced at $183,400.