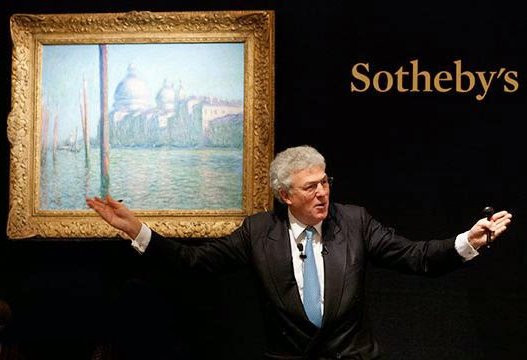 A Sotheby’s sale featuring artwork by iconic painters including Monet and Picasso yielded a grand total of £186 million in London last week – the highest ever total for a London auction.

The evening auction also broke auction records for five individual works by artists including Seurat and Malevich as bidders from 35 different countries battled to secure the renowned art pieces.

Securing the biggest price of the night was Monet’s 1908 oil painting Le Grand Canal, which fetched £23.7 million – the highest ever price for any of Monet’s Venice view works. The painting, which was part of a private collection, had been on loan to the National Gallery in London since 2006.

Speaking after the auction, specialist in charge Helena Newman said: “This very strong result is a reflection of the quality of the material we see here today and that we were able to bring to the market this time round. The people who came out were serious figures, seasoned collectors, and even new buyers for this really great material, much of which was appearing for the first time ever at auction.

“We were particularly delighted to have been entrusted with a collection of nine works from a US collector, which included Monet, Matisse and further works, and came to a grand total of £36m. All together, it is a fantastic result. What is reassuring is that people are as keen and enthusiastic about quality works as ever.”