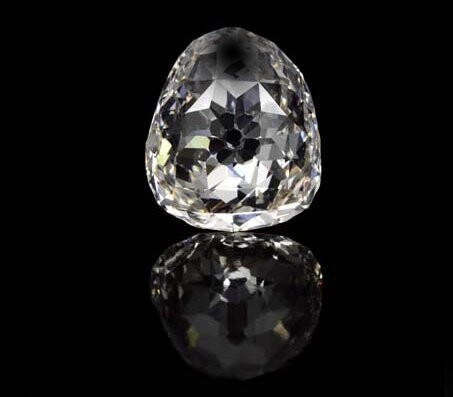 A sale of some of the world’s most sought-after jewellery fetched a world record of over $108 million at a Sotheby’s auction in Geneva, Switzerland earlier this week.

Amongst the items sold at the two-day auction was the Beau Sancy diamond, one of the most important royal diamonds to ever come to auction. The 35-carat gem, which was worn by Marie de Medici at her coronation as queen of France in 1610, fetched $9.7 million, comfortably topping its presale estimate.

The pear-shaped, rose-cut stone attracted fierce interest and was eventually won by an anonymous buyer who fought off the efforts of five other bidders.

David Bennett, Chairman of Sotheby’s Switzerland, said: “The legendary Beau Sancy is a truly magical stone that has entranced generations of royal owners and continues to exert a powerful influence over all who see it.

“Its supreme historical importance was reflected tonight in the strength of the bidding and the remarkable result realised.

He continued: “The two days of sales of jewellery at Sotheby’s this week achieved a record total with 94% of lots finding buyers and doubling the pre‐sale estimate: proof that privately sourced jewels, many with noble provenance are highly sought after.”

Other highlights of the auction included the sale of a necklace with a 41-carat detachable pear-shaped diamond, an emerald and diamond necklace designed by Bulgari in the 70s, and a sapphire and diamond ring dating from the 1930s that once belonged to Queen Victoria Eugenie of Spain.