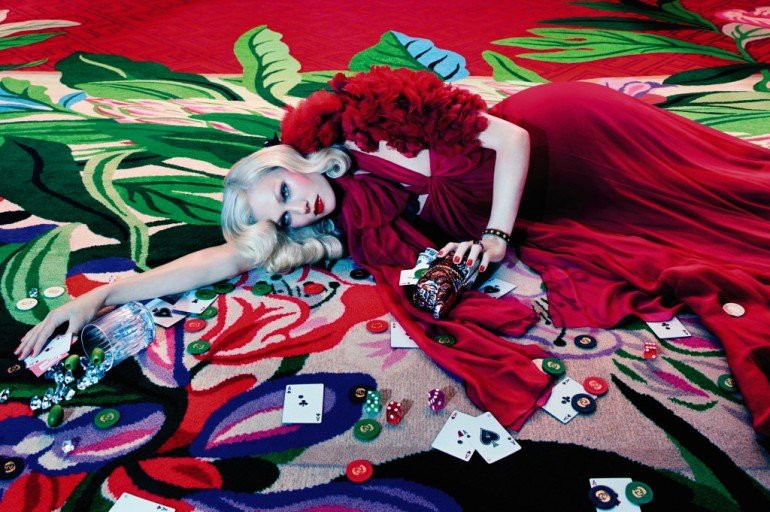 London’s famous auctioneer Sotheby’s is putting a collection of iconic fashion photos under the hammer.

The collection, which is set to go on sale later this month, includes rare photos by historical photographers such as Richard Avedon, Helmut Newton, Irving Penn and Peter Lindbergh, alongside the works of more current names like Miles Aldridge and David LaChapelle.

From candid moments with supermodels to solo portraits of screen goddesses, this collection is richly diverse in its content matter.

Among them, Linda Evangelista, Tatjana Patitz, Christy Turlington, Estelle Lefébure, Karen Alexander and Rachel Williams appear in a candid black and white photo that captures the glamor of supermodels in the 90s.

Meanwhile Miles Aldridge counters the intensity of a noir style setting with saturated colour and print to form a striking image.

Also part of the collection is a photography by Guy Bourdin that depicts a beautiful model surrounded by pale blooms.

The Sotheby’s auction will take place on May 19th.