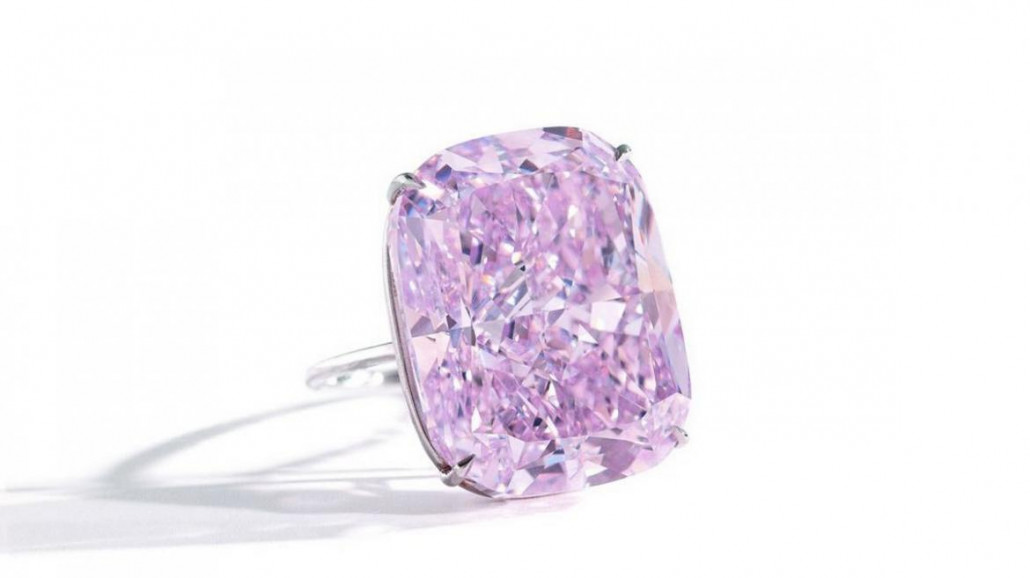 The annual Sotheby’s Magnificent Jewels and Noble Jewels sale returns to Geneva next month, with the world’s largest pink diamond set to go under the hammer.

The famous auction house has been charged with the responsibility of selling the ‘Raj Pink’, as it is called, which is named after its anonymous current owner and weighs in at a huge 37.3 carats.

It is also certified as ‘fancy intense pink’ by the Gemological Institute of America (GIA), that up until now has accorded the coveted status to only 0.2 per cent diamonds in the world.

A representative at the GIA said, “For a diamond to display strong, unmodified pink colour like that observed in the Raj Pink is rare, particularly at so considerable a weight”.

Sotheby’s chairman David Bennett added, “The discovery of any pink diamond is exceptional, but the Raj Pink’s remarkable size and intensity of colour places it in the rarefied company of the most important diamonds known.”

The pink wonder is expected to fetch anything upwards of $30 million and will be displayed in London, Singapore, Hong Kong next week before heading on to Taiwan and New York, and finally making it to Geneva in November.