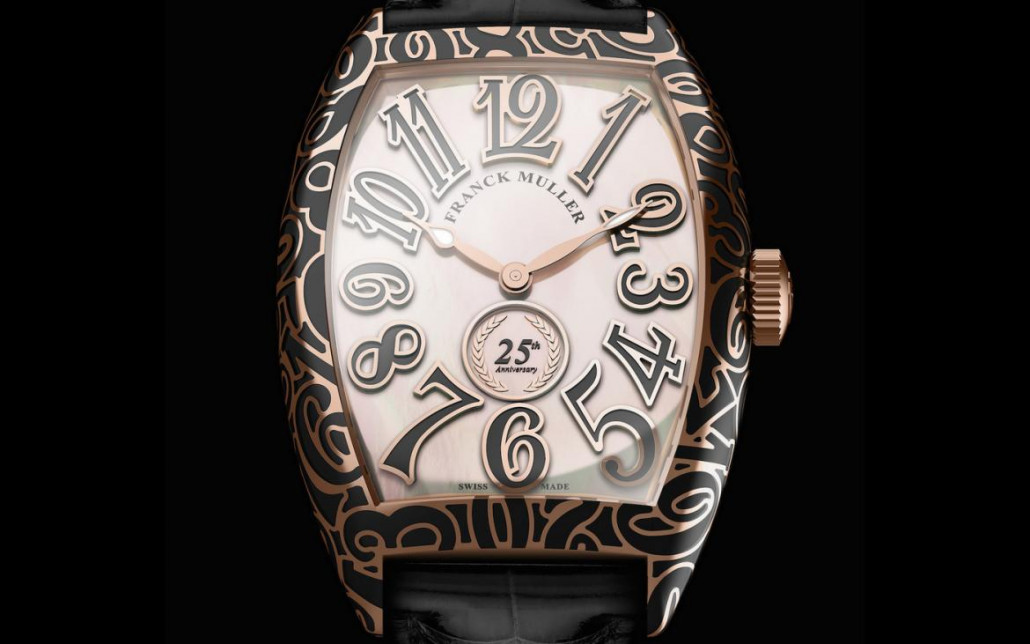 In the year of the brand’s 25th anniversary, luxury Swiss watchmaker Franck Muller has unveiled a striking new version of its Cintrée Curvex timepiece.

The piece's tonneau shape was revolutionary when it first appeared in the early 1990s, and the anniversary edition features a case adorned with the watch’s distinctive numerals.

These numerals are first engraved on the case and then covered with ceramic to finally be re-machined to let the numerals appear.

On the enamel dial is a specially-designed logo to denote the silver anniversary. The 18-karat gold case contains an automatic FM0800 caliber movement, with a diameter of 25.60mm and a height of 3.60mm.

The watch boasts a power reserve of 42 hours and runs at 28,800 vibrations per hour. A hand sewn alligator strap completes the special edition.

The Franck Muller Group was founded in 1991.