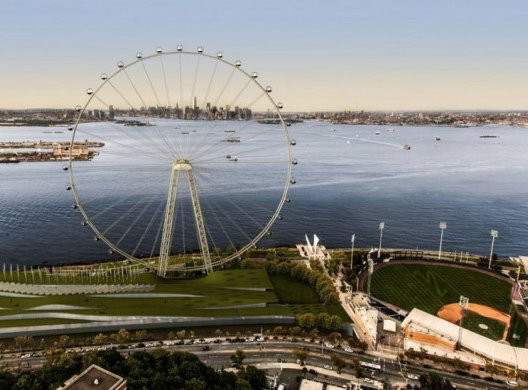 A new luxury hotel and retail complex on Staten Island, New York is to receive a dramatic-looking neighbour in the shape of the world’s largest ferris wheel.

The mixed-use complex, which is being built as part of BFC Partners’ Harbor Commons development, will be joined by the 625ft tall wheel - which comes in at 84ft higher than the current record holder in Singapore.

Estimated to be costing $230 million, the complex will feature a 200-room hotel and a vast retail complex featuring 100 designer outlet stores.

“It will offer unparalleled and breathtaking views, and is sure to become one of the premier attractions in New York City and the latest exciting addition to our newly revitalized waterfront.”

Construction of the attraction will begin in early 2014, with a grand opening planned for late 2015.