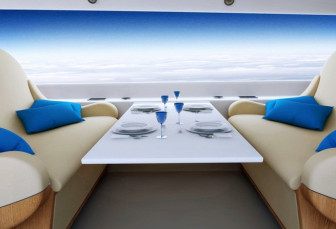 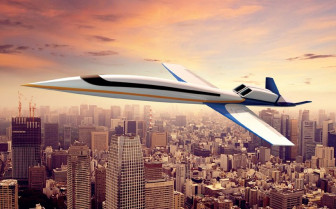 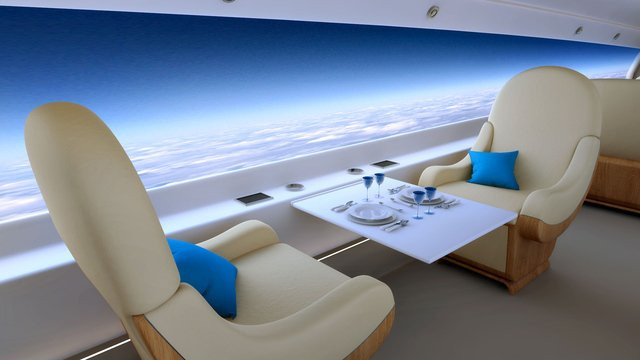 Supersonic Jet to Have Windowless Cabin

For some nervous flyers, the idea of not being able to peer out of an aircraft window could raise their anxiety levels to unmanageable levels.

But what if they were instead looking at stunning panoramic views that just happen to be artificially created? This is the thinking behind the latest innovation from US-based Spike Aerospace, designers of the Spike S-512 Supersonic Jet, heralded as the world’s first supersonic business jet.

Under newly revealed plans, the jet will feature a revolutionary windowless passenger cabin. Instead, the interior walls will be covered with a thin display screens embedded into the wall. Cameras surrounding the entire aircraft will construct scenic panoramic views displayed on the cabin screens. Passengers will be able to dim the screens to catch some sleep or change it to one of the many images stored in the system.

There are several reasons for removing the windows from the cabin. It has long been known that the windows cause significant challenges in designing and constructing an aircraft fuselage. They require addition structural support, add to the parts count and add weight to the aircraft. But until recently, it has not been possible to do without them.

With the micro-cameras and flat displays now available, Spike Aerospace have eliminated the structural issues with windows and reduced the aircraft weight. In addition, the smooth exterior skin will reduce the drag normally caused by having windows.

Spike Aerospace claim that once in operation the jet would get passengers to their destinations in about half the time it takes today.