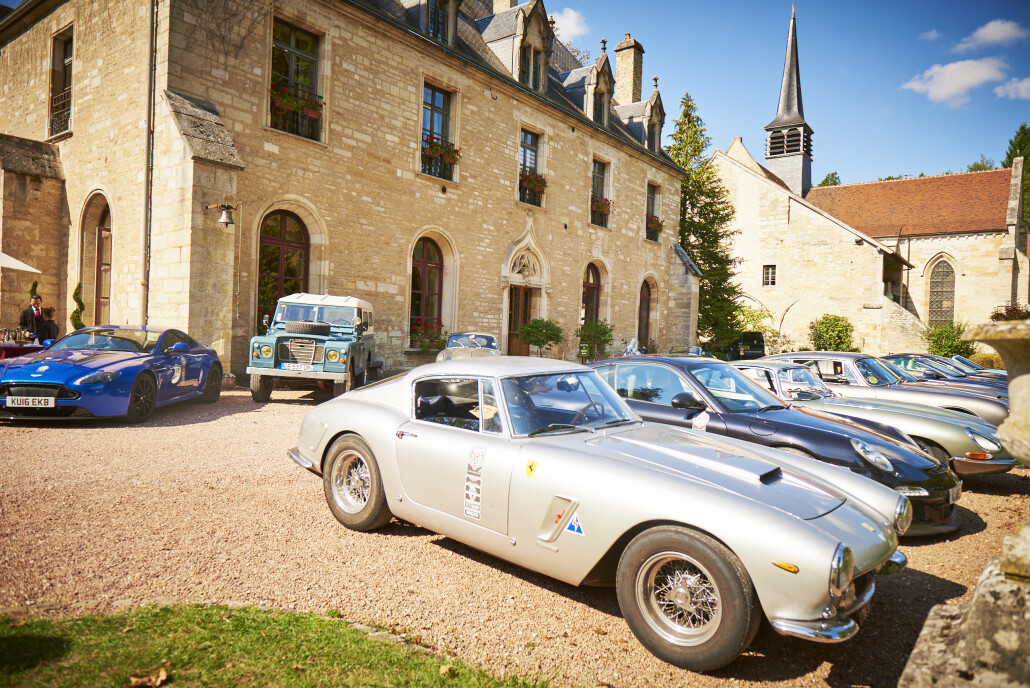 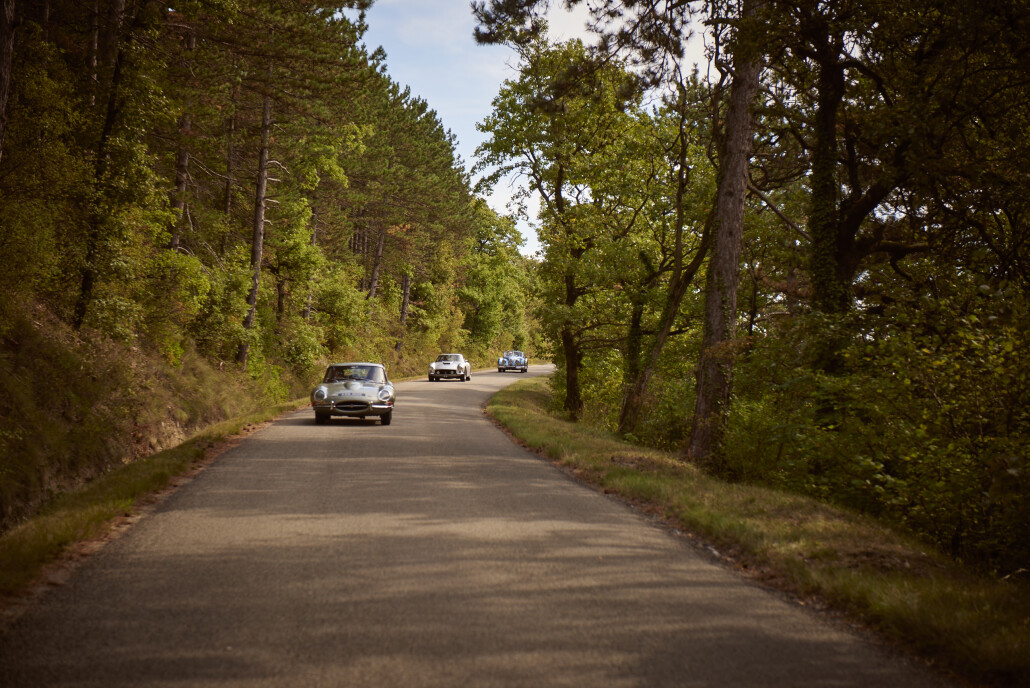 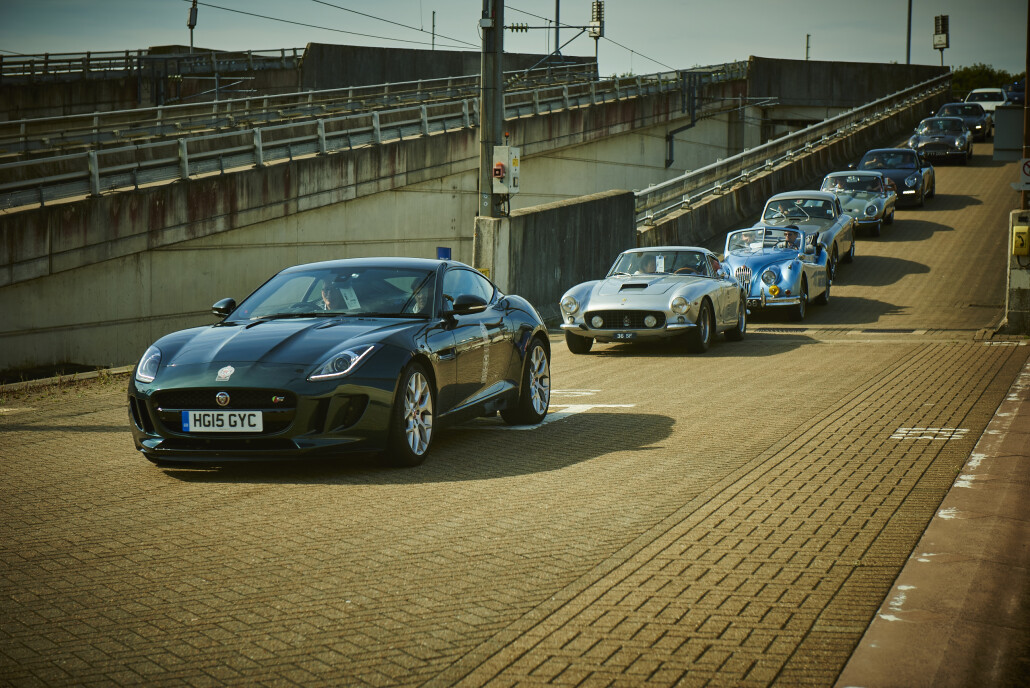 The annual event proved as popular as ever, with a large number of specially invited guests and Auto Tour partners travelling the route in cherished classic or super cars, ably supported by a beautiful Harley Davidson, with stops at France's most exclusive châteaux along the way.

Following a safe passage on and off the Euro Tunnel, the first afternoon’s drive headed south taking the fleet in to the centre of France’s renowned Champagne region for the first night.

The evening commenced with a talk from Hambledon Vineyard’s founder and aficionado, followed by a wine tasting with Hambledon’s English Sparkling Premier Cuvée going head to head with a well-known French champagne.

The second morning’s route took the Tour to a beautiful lunch stop in an old Cistercian Abbey in Burgundy. Following an al fresco lunch and the chance to refresh, the cars then all set off for a relaxed afternoon of driving along winding roads and breath-taking scenery.

Despite the heaven’s opening, the spirit of expectation was not dampened as the Tour arrived at an enchanting medieval castle, with stunning views across green rolling hills and acres of vineyards – well known as a haven of tranquillity.

Continuing south and taking the scenic route to northern Rhône, cars gathered again, this time for a highly competitive boules competition against the local team. The next stop was Provence for delicious local wines and a gastronomic treat before and the Tour’s official awards ceremony with more prize giving.

The following day provided the opportunity for those prepared to get up early to venture up one of the most renowned and challenging stages of the Tour de France, Mont Ventoux, and catch the sunrise. Having taken in the incredible horizon and fresh air, it was then time to negotiate the hair pin bends back down for breakfast and the final briefing.

The Tour then headed towards Castellane for the last lunch at a picturesque sailing club gloriously set right on the side of an emerald lake.

After a relatively short afternoon’s drive, the entourage gathered once more in preparation for the final descent in to Monte Carlo. The Tour was escorted by the Monegasque motorcycle police into Casino Square for the traditional welcome reception on the Salle Empire terrace at Hôtel de Paris.

The RWD Auto Tour was established in 2008 and has since become a traditional curtain raiser to the Monaco Yacht Show.