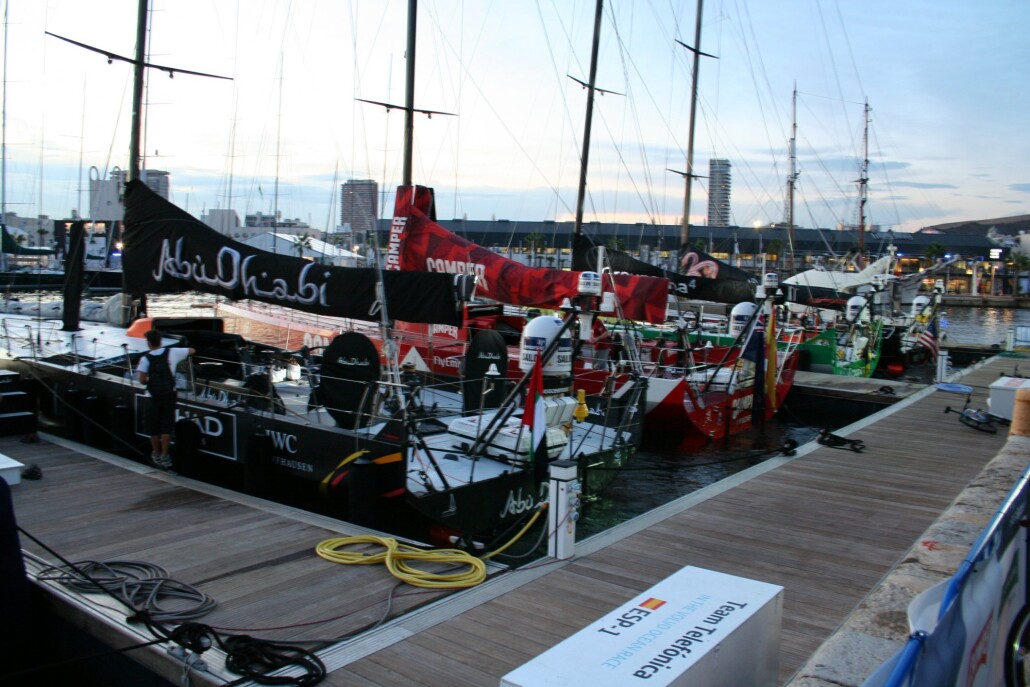 The Abu Dhabi Tourism Authority held a lavish, Arabian-themed evening in the Spanish port town of Alicante last night to mark the Emirate’s first ever appearance in the Volvo Ocean Race.

Taking place in a specially-decorated pavilion in the Volvo Ocean Race Village lining the Port of Alicante, the event was attended by the entire Abu Dhabi Ocean Racing crew, who begin their challenge on Saturday in the first leg of the intensive 9-month race.

Skipper Ian Walker, a two-times Olympic medallist, gave a rousing speech before introducing every crew member who stepped up to great applause before posing for team photos. Crew mingled with guests and media who were kept refreshed with champagne, wine, beer and traditional Arabian-style canapés.

Downstairs a miniature version of the newly-contructed Abu Dhabi Village took centre stage, giving visitors a glimpse into what they can expect when the race comes to the Abu Dhabi in the New Year.

Swiss watch brand IWC, sponsors of the Abu Dhabi Ocean Racing team, were also in attendance. The watchmakers will hold an official press conference in Alicante today during which they will announce the launch of a brand new timepiece.

The Volvo Ocean Race was established in 1973 and is considered one of the most physically demanding yacht races in the world.

Abu Dhabi Ocean Racing will become the first ever Middle Eastern competitors to take part in the race when they set off from the Mediterranean seas off Alicante this Saturday.