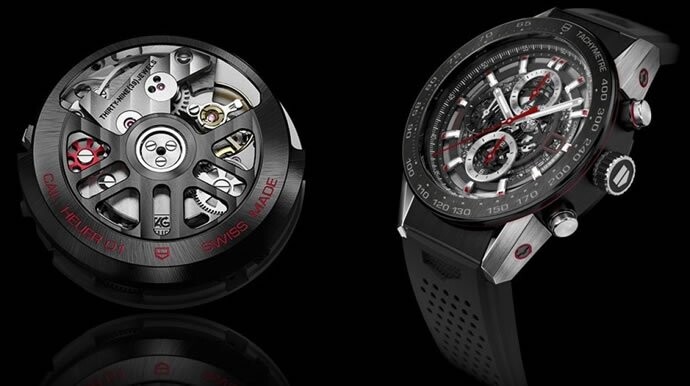 Swiss watch makers Tag Heuer are set to join the smartwatch revolution with the Android Wear, which has been teased on social media ahead of its expected November debut.

Originally outlined last year by Tag Heuer CEO Jean-Claude Biver, the new smartwatch is shown to feature a round dial format with numbers fixed on the dial’s bezel at five minute breaks

An engraving saying “Tag Heuer Connected” is also etched on the bezel, while other notable features include a singular button on the side likely to be for moving between screens, and a black rubberized strap.

Tag Heuer have previously confirmed that the watch will be made in partnership with technology giants Google and Intel.

Pricing is expected to be in the region of $1,400, which would make it the most expensive (non-customized or bejeweled) smartwatch on the market.

Founded in St-Imier, Switzerland in 1860, Tag Heuer has grown to become one of the world’s most famous luxury watch makers