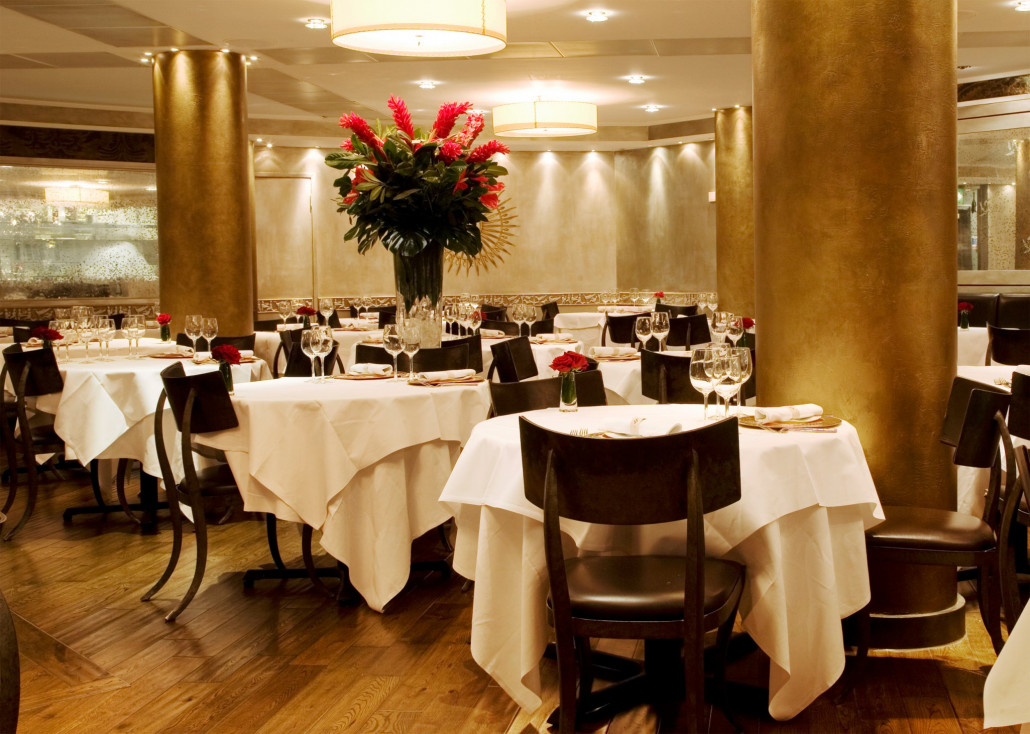 Tamarind: Avant-Garde Indian Cuisine in the Heart of London

Situated in the heart of London’s exclusive Mayfair district, Tamarind has become an institution amongst the city’s array of Indian restaurants since opening its doors in 1995.

In contrast to its more informal counterparts in Brick Lane, Tamarind serves up intricate gourmet food from the subcontinent of a quality that has earned it a coveted michelin star and a reputation as one of the capital’s finest eating establishments.

Under the stewardship of executive chef Alfred Prasad – at 29 the youngest Indian chef to receive a Michelin star – the restaurant continues to pride itself on being instrumental in changing perceptions of Indian cuisine.

But Tamarind delivers far more than just tantalising food. The restaurant offers a sophisticated fine dining experience in a luxurious setting with effortlessly charming and knowledgeable staff at your constant disposal.

This is not to say that our waiter’s offer to show us around the kitchen would have been extended to all guests. But it was gratefully accepted nonetheless.

Unsurprisingly, as we entered the gastronomic nerve centre, the first thing to hit us was the heat. We may have been in the heart of one of London’s most affluent areas, but at that moment it felt like Mumbai.

We observed the making of Tandoori Rotis, which involved small circular shapes of unleavened whole wheat bread being thrust onto the sides of scorching hot cauldrons that, we were told, reach temperatures of 500 degrees.

After a quick meet and greet with the head chef, we returned to our table to await a special customised Taster Menu that was being prepared for us.

First up was a Kalonji Jhinga, consisting of jumbo tiger prawns with ginger, yoghurt, paprika, ground spices and toasted nigella seeds. “Jumbo” turned out to be something of an under-statement, as these beasts of the ocean took up a large proportion of our starter plates. But happily, size combined with substance to produce a mesmerising dish of powerful, tangy flavours.

Next we were served a Peshawari Kabab – succulent lamb chops marinated with raw papaya, ground chilli, garlic, fennel and cream. The lamb was cooked to perfection, the smoky tenderness working in deft harmony with the spices.

Side dishes including the aforementioned Tandoori Roti and a Cucumber Raita consisting of yoghurt with cucumber, mint and toasted cumin completed the kalaidascope of food.

Each dish hit bullseye, except for the okra, never a personal favourite, and on this occasion simply overcooked. But it could not possibly detract from the overall experience which was simply breathtaking.

And a word for the staff. Their knowledge and enthusiasm is palpable and contributes greatly to the occasion. But the real magic takes place back in the kitchen, where a troupe of gastronomic artists take their craft to another level. Quite simply, Indian food at its finest.