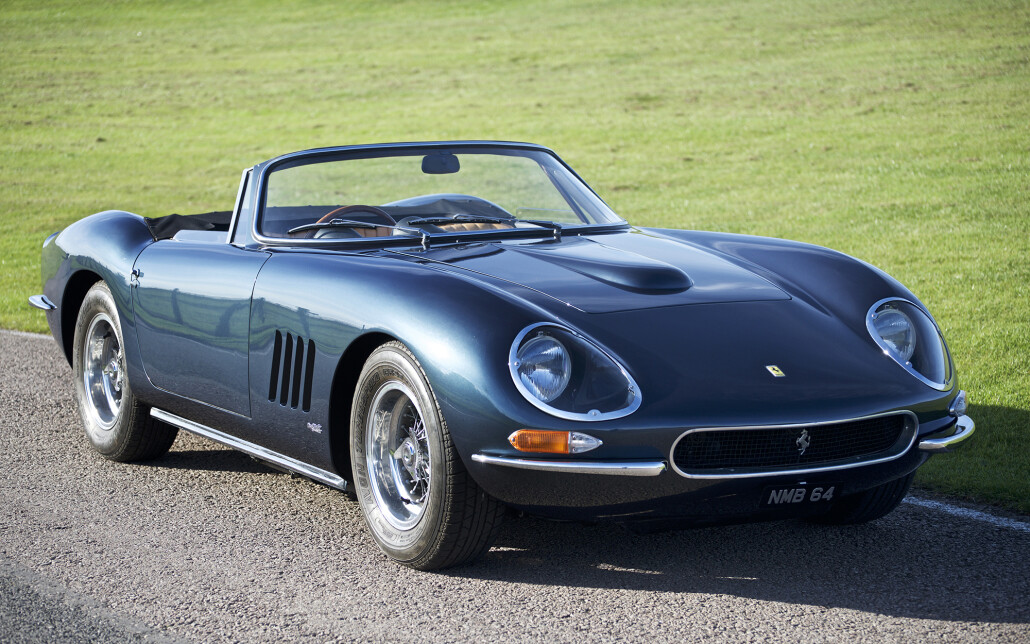 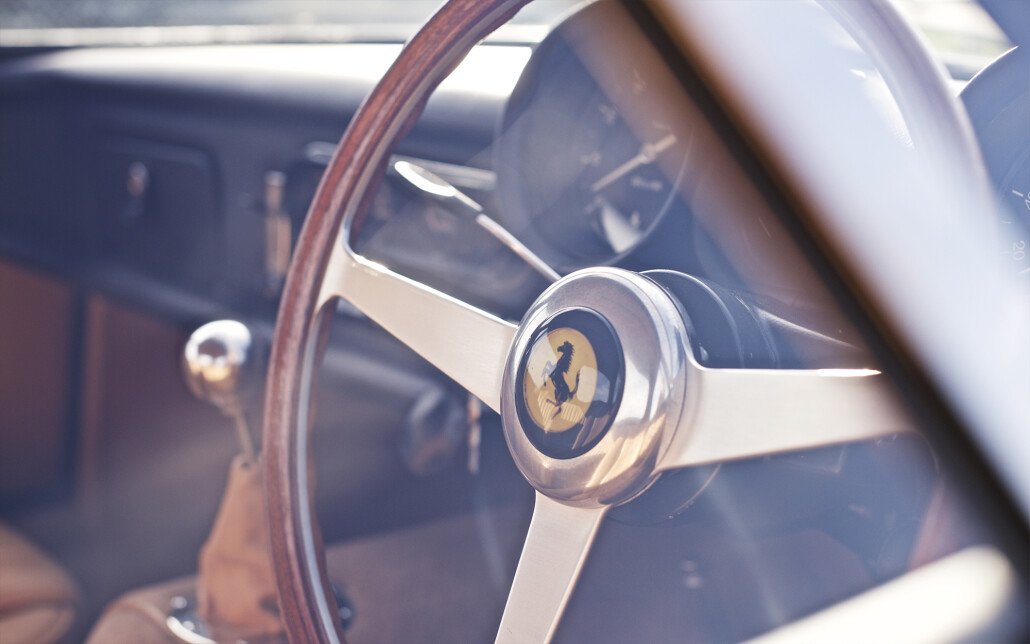 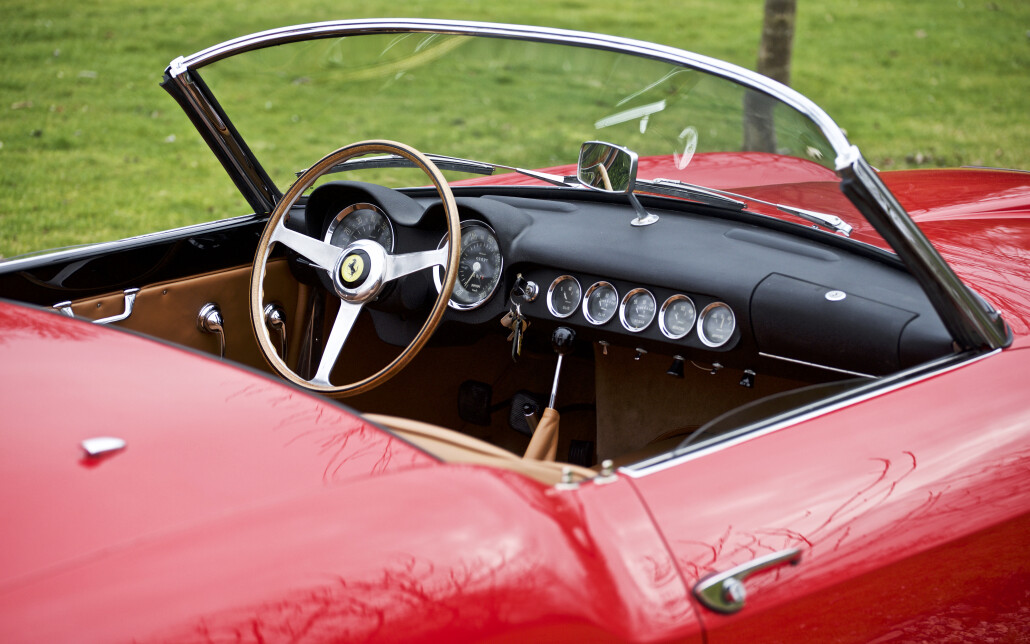 Ten Ferraris to go Under the Hammer at Cambridgeshire Auction

Ferrari fans take note: in the year of the Italian marquee’s 70th birthday, no fewer than ten Ferraris are to be put up for auction at a Cambridgeshire sale later this month.

The collection, which will go under the hammer at the annual Duxford sale at the Imperial War Museum, is expected to fetch anywhere between £1.9 and £2.2 million in total.

Damian Jones, Head of Sales at H&H Classics, says: “This Duxford sale provides ten opportunities to buy and own a fabulous Ferrari in the year that the fabled Italian marque celebrates its 70th Anniversary.

“Each has its own magic and would be great to drive, although condition varies, they encompass everything from a ‘garage find’ through to concours contenders.”

One of the most striking inclusions in the auction will be the blue 1964 Ferrari 330GT Nembo Spider, a very rare specially commissioned model boasting a 4 litre V12 engine. The late owner acquired the car from Italy in the mid-nineties and decided not to drive it on the road but display it regularly at Ferrari events in the UK.

The car became the most beloved of all the Prancing Horses in his extensive collection.  He bequeathed it to the East Anglian Air Ambulance Service for whom H&H Classics will be selling it at Duxford.

The Duxford auction will take place on 29 March.