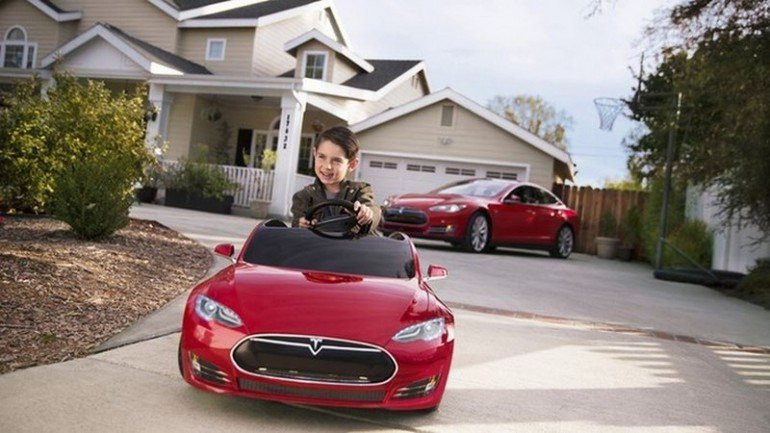 California-based electric car makers Tesla have created a miniature version of the Tesla S that can be driven by children.

The company, which is spearheaded by Elon Musk, teamed up with toy maker Radio Flyer to create a scale model of its electric saloon.

Designed for children aged three to eight, the car has a maximum speed of six miles an hour, and comes complete with working headlights, battery power and a sound system. Like the grown up version, the Tesla Model S for Kids is electric, and it charges in just three hours.

It has a boot in the front that can store the equivalent of a football and rugby ball, and can be driven in reverse. Parents can limit the car's top speed to three miles an hour.

Tesla Motors was founded in 2003 by business magnate, investor and inventor Elon Musk. Last year the company revealed they may be close to unveiling their own version of an autonomous car.