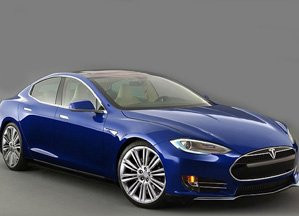 Tesla CEO Elon Musk has confirmed that the California-based electric car maker’s latest creation, the Model 3, will start production in 2017.

Musk also confirmed the car, which is billed as a smaller and more affordable alternative to Tesla’s existing feet, will be priced at $35,000 (£22,900).

The reason for the hiatus is that Tesla are in the process of constructing a vast new $5 billion “Gigafactory” in the Nevada desert, where the Model 3 is to be produced. The facility’s increased battery production capacity will allow Tesla to cut production costs.

First teased in July las year, details about the Model 3 have been scarce. In terms of its appearance, Musk recently said it would be "way different from any other car on the road".

The current Model S has been extremely popular but with prices beginning at $71,000 (£46,500), it has proved too expensive for the average consumer. Model 3 will mark Tesla’s first foray into mass-market cars.