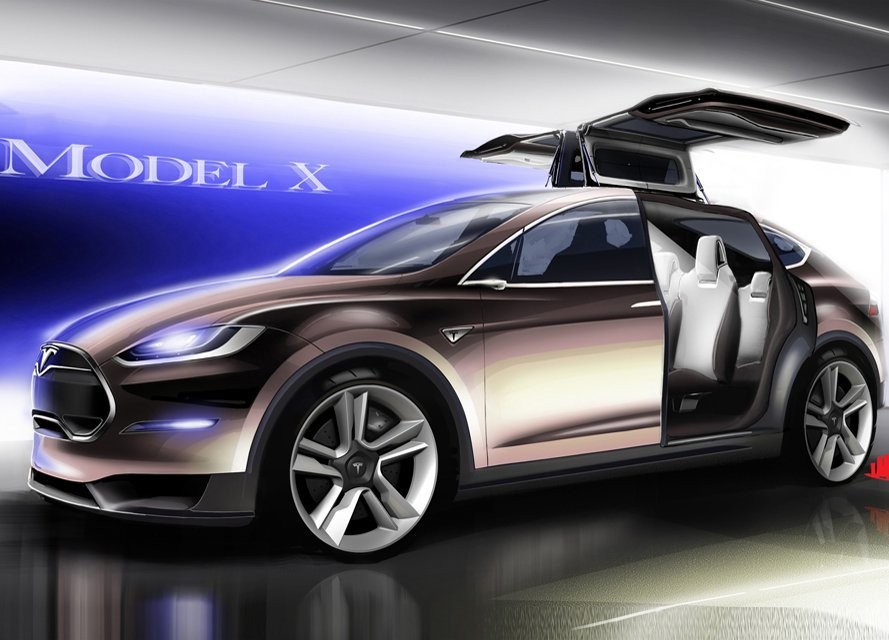 Featuring eye-catching “Falcon Wing” doors that lift up from the sides, the new Tesla is billed as offering more space than its two predecessors – the Model S sedan and the original sporty Roadster.

The Model X features a full third-row of seating (accessible by sliding the middle row forward), allowing it to hold up to seven passengers and their cargo.

The company will offer the same battery options as the Model S, which ranges from 160 mile to 300 mile configurations. The Model X will get around 10 to 12 percent less range than the Model S, due to its added weight.

As well as its striking side doors, the Model X also boasts an optional Dual Motor All-Wheel Drive – a second motor that delivers a smoother ride in bad weather and on bumpy roads.

Furthermore, a high-tech, tablet-like device called the Tesla Touchscreen gives owners full control (with Google Voice integration) over all of the non-driving aspects of the car.