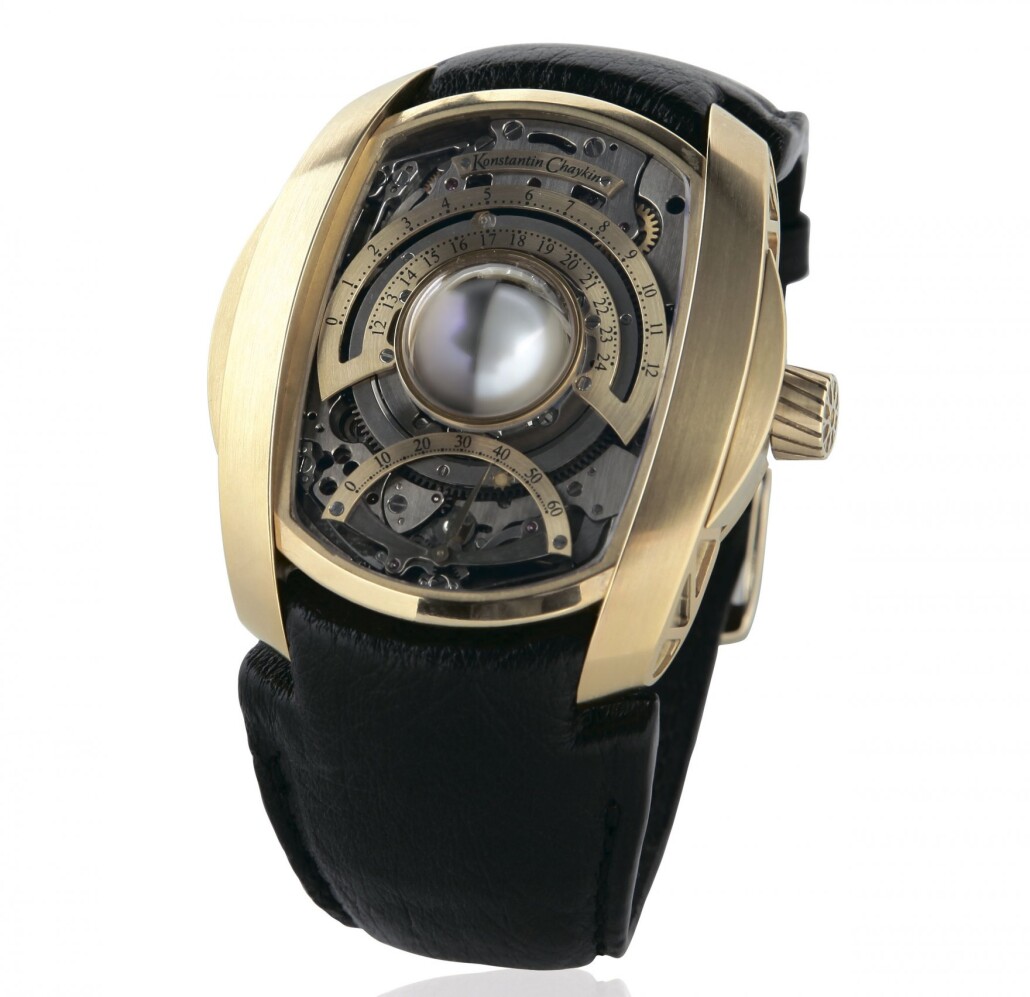 Limited to just 12 pieces, the Lunokhod New Moon watch features an 18 carat gold pearl representing the phases of the moon. The original watch included a wootz ball instead.

Positioned at the watch’s dial centre, the pearl remains static while a silver mask serves to indicate the current lunar phase.

Other notable features include a dial constructed from transparent sapphire crystal allowing wearers to see the micro-mechanics contained within. Minute hands are displayed on a retrograde indication on the lower dial, whilst on the upper dial the hours are displayed in both 12 and 24 hour format with sun and moon indicators for day and night.

The watch’s case is constructed from satin brushed and polished 18 karat gold with chunky lugs which extend to form a frame around the dial.

The original Lunokhod watch was named in honour of the first of two unmanned Soviet Union lunar rovers that landed on the Moon in 1970.

The Lunokhod New Moon watch is currently only available in Russia, priced at €110,000.