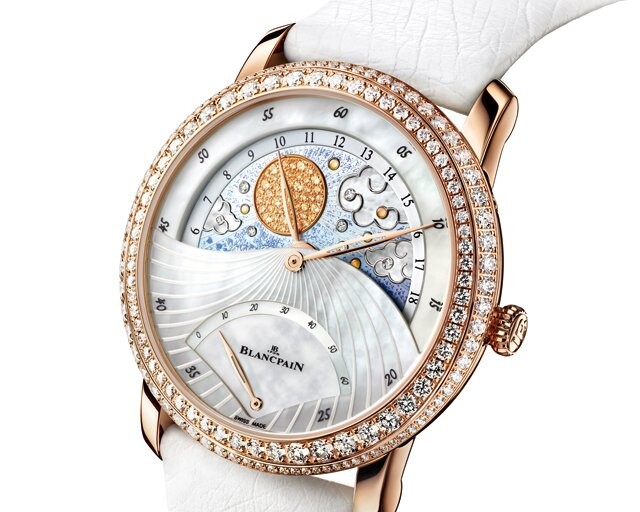 The latest addition to Blancpain’s women’s collection, the 40mm Day Night is based upon the caliber 1150, but with a movement that is lager in diameter.

A winding rotor is decoratively engraved and polished and has been enlarged to enhance the view of the complex movement through the watch’s sapphire case back.

Other notable features include a dial fashioned entirely in mother of pearl and divided into three parts on four levels, a bezel set with two spiral shaped rows of 140 diamonds around its exterior and a white ostrich strap.

Blancpain was founded by Jehan-Jaques Blancpain in Switzerland in 1735.