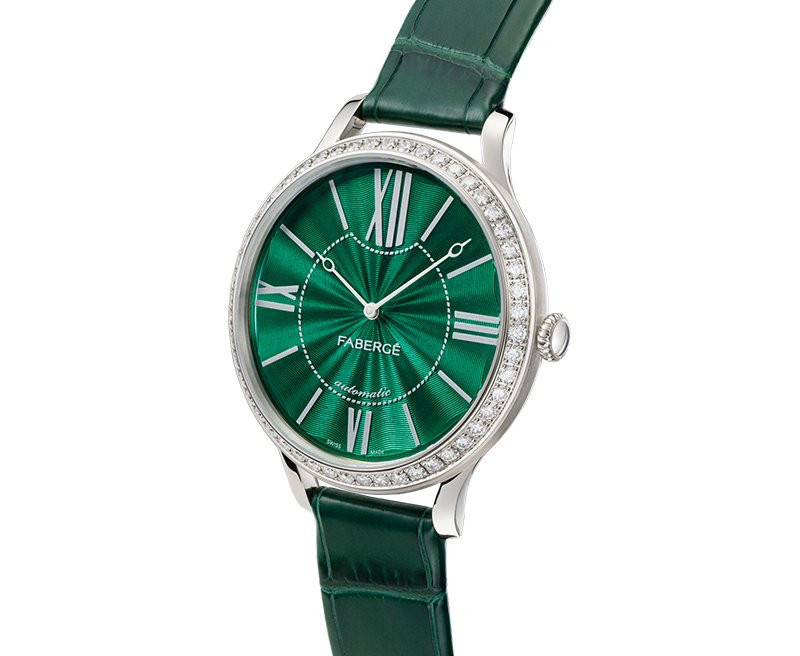 Fabergé have created a new collection of women’s timepieces called the ‘Lady Faberge’ featuring a unique and distinctive component – a ring contained at the heart of the case.

Specially created to complement the feminine wrist, the watch’s rings are made of varying material or a different finish from the case itself, paving the way for multiple variations of colour and structure.

On the side, the crown reproduces a decorative note once seen on Faberge cigarette cases and graced with a moonstone

Furthermore, several watches in the collection boast dials divided into two superimposed elements. The domed shape of the sapphire crystal also provides a link with all other Faberge timepieces.

On the inside, the dial or face of the watch is based on one of two main design families. In the traditional version, the dial is adorned with hour markers and indications, and the latter echo the form of the crown to better reflect light.

The contemporary version, meanwhile, boasts a subdial serving as the basis for a broad skeleton applique that echoes the original design while the Roman numerals appear to be eep=set within the watch, just like the heart of the dial itself.

Other notable features include slender lugs in tribute to the first women’s watches designed by Peter Carl Faberge.