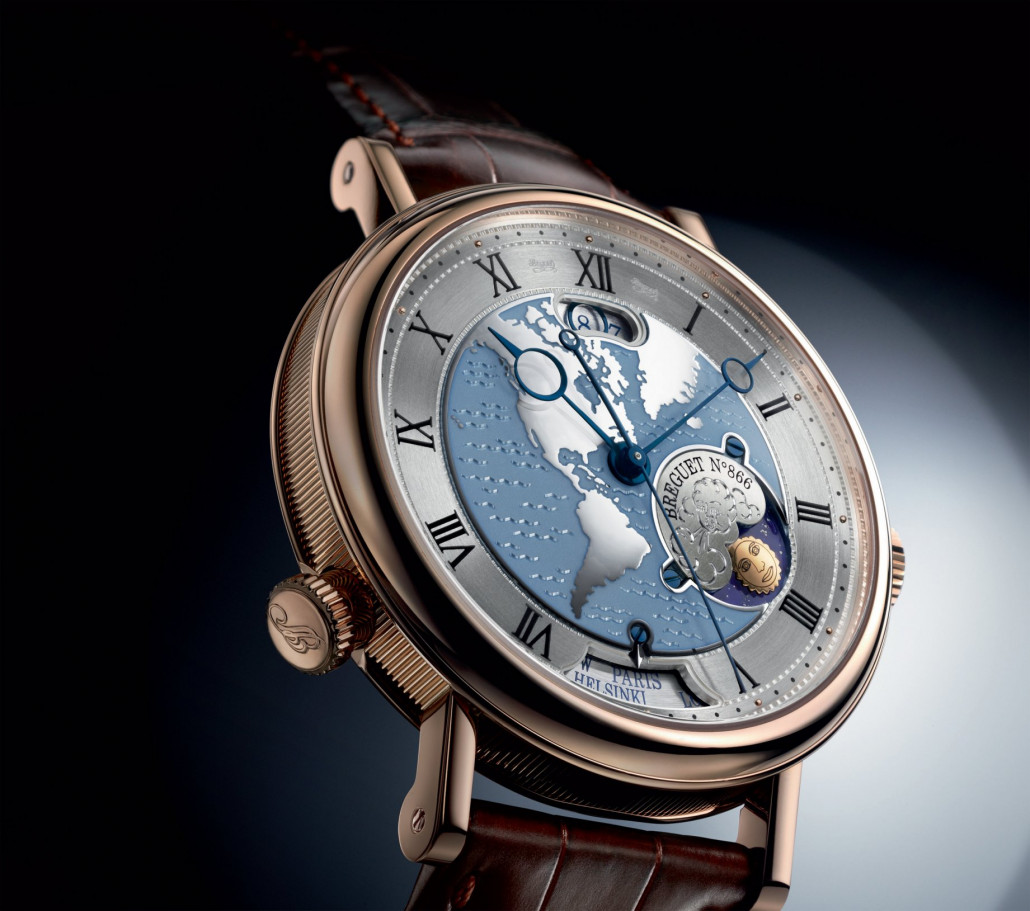 The £52,000 Classique Hora Mundi from Breguet

Swiss luxury watch-maker Breguet are to launch a new £52,000 wristwatch this Winter featuring an instant-jump time-zone display system – billed as a world first for a mechanical watch.

The time-zone display system includes synchronised date, day/night and city indications and allows users to jump between time zones with the push of a button.

Unveiled at the BaselWorld watch and jewellery fair earlier this year, the Classique Hora Mundi also comes with three different versions of dial, each depicting different regions of the world: the Americas, Europe and Africa, Asia and Oceania.

Other features include a 5717 self-winding mechanical movement, which is based on Calibre 777 with a silicon escapement. Its 44mm case is available in 8-carat red gold or 950 platinum, both watertight to 30 metres.

The watch will be available at Breguet Boutiques, including New Bond Street in London, from Winter 2011.