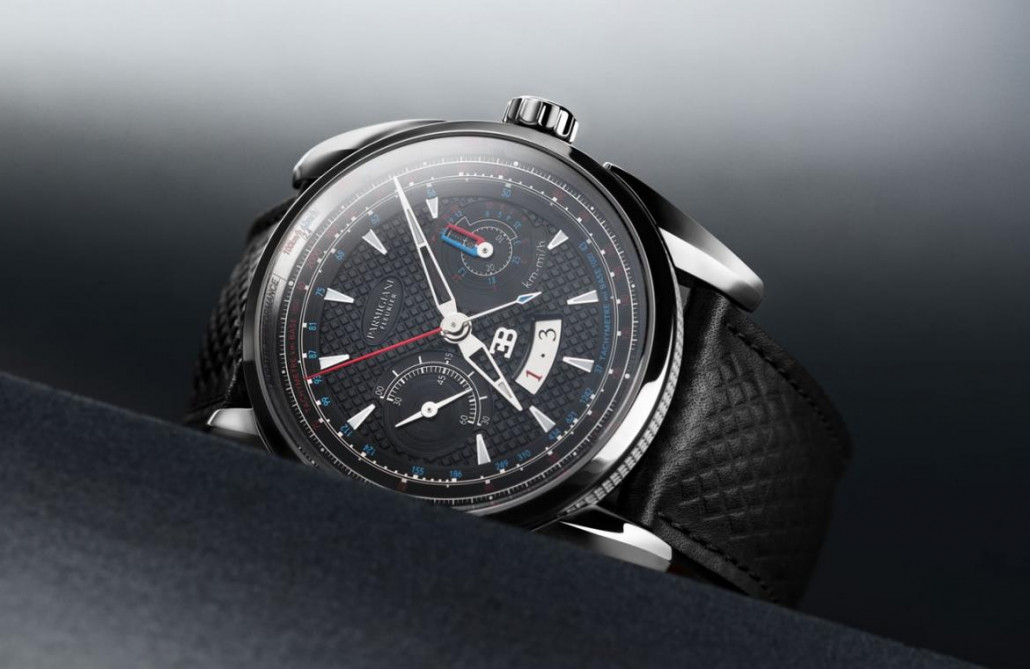 The two companies have worked together since 2001, with Bugatti giving the watchmaker free rein to create exclusive timepieces that take inspiration from the world of cars.

Since then, several timepieces have been introduced as a part of the Bugatti collection including the Parmigiani Bugatti Aérolithe Chronograph, which was released in 2014 and inspired by the legendary 1935 Bugatti Type 57 Aérolithe.

This latest creation also pays tribute to the same car, but with a more refined touch that focuses on the rich and textured dial created by techniques only achievable through use of laser technology.

Instead of the extremely flammable magnesium alloy used in the Bugatti Type 57 Aérolithe, the watch’s 41mm case is made entirely from titanium, using laser technology to apply finishes beyond the capability of conventional machining.

The dial has a diamond-shaped, textured pattern in which the ends of the diamonds are polished in order to create a richer, textured look. According to Parmigiani Fleurier, the look would be impossible to achieve without the use of said laser technology.

The counters at 3 and 9 o’clock have tiny angular satin grain finishes, and the recesses of these require the use of lasers to create, as well. The rhodium-plated indications are crafted using a technique which builds up the material by focusing a high-intensity laser beam on it.

The watch uses the same in-house-made automatic Parmigiani Calibre PF 335 movement made of 311 components and housing 68 jewels, plus a power reserve of 50-hours. The watch also comes with a black calfskin leather strap

The Bugatti Aérolithe Performance watch is available priced at $22,900.