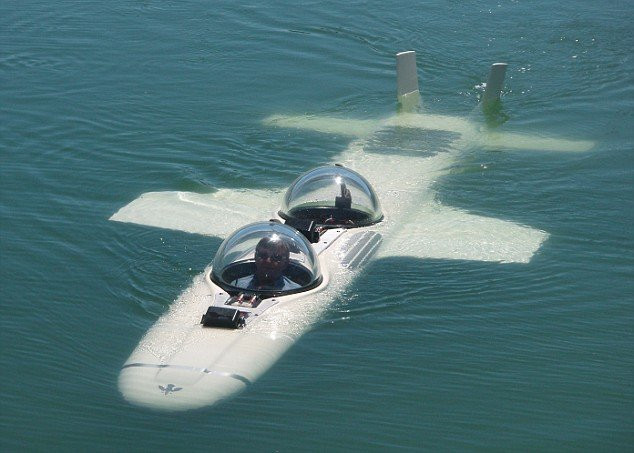 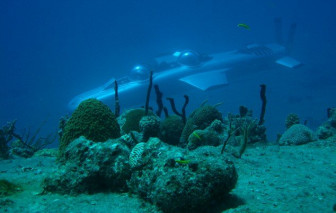 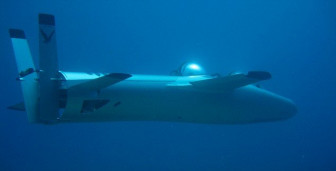 The Deep Flight Super Falcon that flies under water

Considered to be one of the world’s most mysterious and unexplored frontiers, the ocean has long been out of reach for eager explorers. But the Deep Flight Super Falcon is set to open the world beneath the waves wide up.

The first model of the Super Falcon was originally commissioned by American venture capitalist Tom Perkins in2008 for his famous sailing yacht, the Maltese Falcon, but production has since expanded to cater to lovers of high-end superyacht toys the world over.

The latest craft was recently unveiled to the public in the California Academy of Sciences.

Don’t be fooled by the submersible’s plane-like appearance; the Super Falcon can sink up to 460 metres below the surface and reach speeds of up to six knots an hour, far surpassing the pace of any normal submersible.

According to UK inventor Graham Hawkes, normal submersibles are nothing more than sinking crafts, carrying passengers through the ocean somewhat like a vertical elevator. He describes the Falcon as being more like a dolphin; one of the water’s true explorers.

“It will fly off and move through the ocean with grace. It looks like a big animal moving and can do barrel rolls with whales,” Hawkes said in an interview with BBC News.

“It will set a new tone for access in the ocean and, hopefully, we can connect people to that part of the world like never before,” he said.

The Super Falcon holds space to accommodate two explorers sitting within an observation dome made completely of acrylic material.

To ensure the most authentic underwater experience possible, The Super Falcon has been designed to include a low noise, low magnetic, low electrical and low light signatures.

As marine animals are proven to be sensitive to light and sound, often retreating from submersibles due to high levels, these aspects of the watercraft were of high importance to Hawkes and his design team.

No doubt a great comfort to any nervous diver, the Super Falcon is programmed to return to the surface in the event of an accident at the ocean’s depths. Like a plane, the submersible is also designed to constantly remain at the ideal atmosphere for humans.

20 years in the making and the result of four generations of prototype, the vessel is powered by a ser of lithium polymer batteries and weighs only one tenth of its traditional competitors due to its smaller internal volume of the hull.

Hawkes estimates the Falcon will cost approximately US$1.5 million, about the same as a light plane.

For those who wish to explore this rare piece of the world just once, the creators of the Falcon are currently planning to allow members of the public take part in "flight school" and experience the thrill of the submersible later in 2009.

"It looks like a big animal moving and can do barrel rolls with whales."

"It looks like a big animal moving and can do barrel rolls with whales."