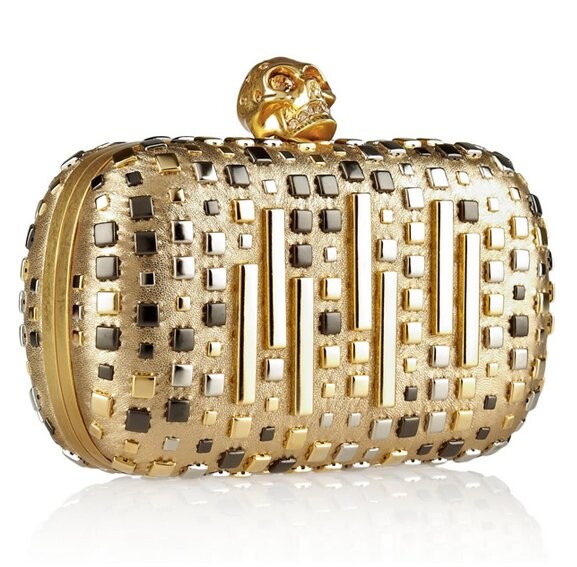 World famous fashion house Alexander McQueen has created a metallic leather box clutch studded with one of its hallmark skulls.

Famous for its skull box clutches, the new piece from Alexander McQueen is adorned with smooth black, gold and silver stud embellishments and an amber crystal-embellished skull clasp.

Weighing a mere 0.8lbs, the clutch is fully lined in black leather and is billed as the perfect fit for the woman who likes to stay on the cutting edge of fashion choices.

Alexander McQueen was founded in London by the eponymous designer Alexander McQueen, who died in 2010. Its current creative director is Sarah Burton, who designed the dress worn by Kate Middleton at her wedding to Prince William last year.