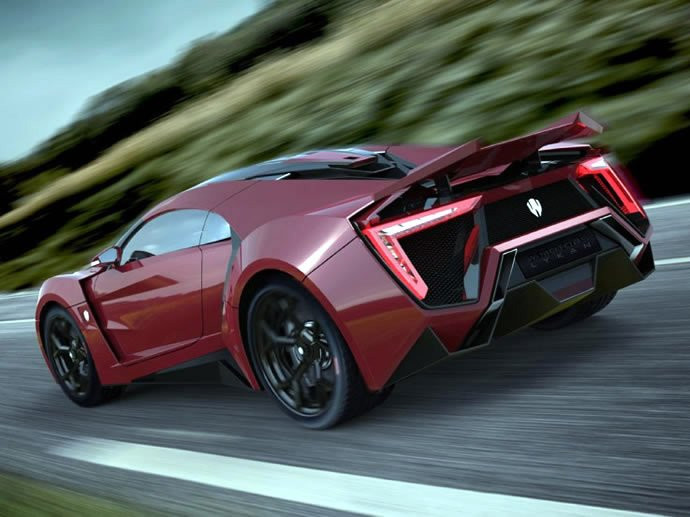 The pre-production model of the eagerly awaited Lykan Hypersport – billed as Arabia’s first supercar – was unveiled at the 2013 Dubai Motor Show last week.

Two examples of the new supercar – one in gunmetal grey and the other in blue – were on display at the high profile Dubai event, which closed its doors on Saturday.

The brainchild of Lebanon based company W Motors, the new car will be offered in two distinct versions: the top of the range Lykan Hypersport and a marginally tamer Lykan Supersport.

On the exterior, the Lykan features beautifully designed V-shaped headlights and tail lamps, whilst the full-LED headlamps are highlighted with diamonds and gem stones.

A turbocharged 3.7-litre flat-six engine developed by famous Porsche tuner RUF produces 750 horsepower and is said to accelerate to 0-60 mph in just 2.8 seconds, with a top speed of 245 mph.

The diamond encrusted interior features carbon fibre and titanium to keep the overall weight down, whilst it will also become the first supercar to feature a holographic display, enabling adjustment of the audio and navigation settings as well as a media player.

W Motors plans to build just 7 examples of the Hypersport to be sold for $3.4 million each.